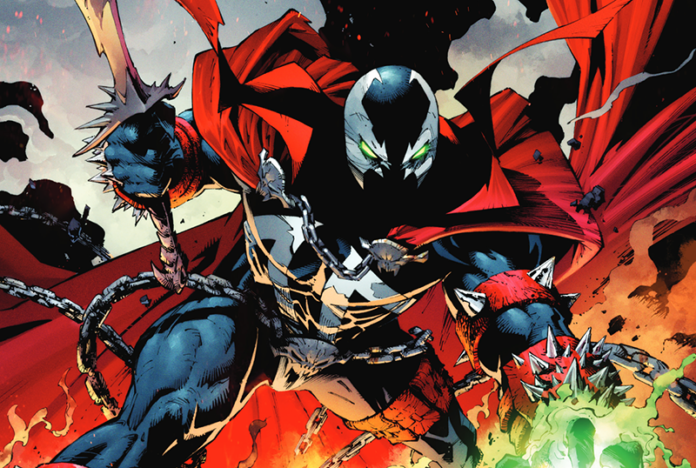 It feels like it’s been forever since a reboot of the Spawn film franchise was first announced with Jamie Foxx (Baby Driver) set to star in the titular role and now producer Jason Blum (The Invisible Man) has revealed fans can expect to hear some news in the coming weeks regarding the project!

In an interview with ComicBook.com for the home media release of Leigh Whannell’s acclaimed The Invisible Man, Blum revealed that there’s been an “enormous amount of activity” going on behind the scenes on the project and that it’s not one he intends on having sit in development hell.

“No new news that I’m going to reveal here, I’m sorry to tell you, but the titleSpawn, I’ve been uttering that word a lot in the last two or three weeks and we’ll have more news to come,” Blum said. “But, suffice it to say, it is a very active development. I wanna make the movie so badly, I wouldn’t put that past myself, and it’s an excellent question, but in this case, I’ve actually been talking to other people about it, but there’s been a seismic event on Spawn.”

When McFarlane offered an update on the project last year, he had shared that everyone had yet to agree on the same script. McFarlane is set to write and direct the Spawn reboot, which he previously confirmed will be “dark and R-rated,” even going so far as to say that it would be a harder R than Deadpool. McFarlane also revealed that the budget for the film will be a meager $10-to-$12 million, an atypical budget for a superhero film (which range into the hundreds of millions at Warner Bros. and Marvel Studios) but par for the course for Blumhouse Productions (who specialize in lower-budget features anywhere from $100k to $10 million). With such a smaller scale film, the money for which McFarlane himself is at least partially putting up, allows the filmmaker to share more content with fans from the set, which he promises to do every day of production.

First appearing in 1992’s Spawn #1, the character quickly became the symbol for 1990s’ comics dark and brutal antiheroes. His Hellspawn powers allow him to teleport, shapeshift, and utilize a variety of weapons (notably chains) in combat. Spawn previously made the leap to the big screen in 1997 with Michael Jai White in the title role and then on television as an HBO animated miniseries, titled Todd McFarlane’s Spawn. The character recently celebrated his 25th anniversary and will hit over 300 issues sometime next year, taking the record from “Cerebus the Aardvark” of the longest-running independent comic book ever published.