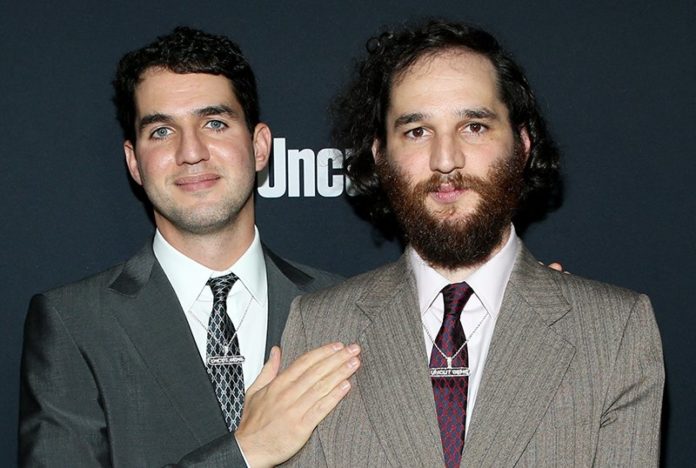 After partnering with the acclaimed indie studio for two hit films, Josh and Benny Safdie (Uncut Gems) have signed a first-look TV deal with HBO and A24 with their production banner Elara Pictures, according to Variety.

The two-year deal will see the brothers help develop various projects for the network, while A24 will executive produce alongside Elara on the series, as well as select projects outside of the deal. The Safdies formed their production banner in 2014 alongside their long-time collaborators Sebastian Bear-McClard and Ronald Bronstein, and now Dani Bernfeld has joined the company as a partner to help produce projects in both the film and TV world.

Should the Safdies produce any series under this deal, it would mark their first foray into TV on the creative front after having starred together in an episode of the well-received HBO comedy Togetherness in 2016. After making their feature film debuts in 2008’s The Pleasure of Being Robbed, the duo would start to find success with their second project, Daddy Longlegs and sports documentary Lenny Cooke and 2014 drama Heaven Knows What.

They would first partner with A24 on the 2017 crime thriller Good Time starring Robert Pattinson (The Lighthouse) and Benny, which received rave reviews from critics and was a modest box office success. They followed it up with Uncut Gems starring Adam Sandler, which received even higher acclaim and larger box office success, grossing over $50 million on a $19 million budget.

A24’s current slate of TV projects include the acclaimed Hulu dramedy Ramy starring and created by Ramy Youssef and At Home With Amy Sedaris, as well as helping produce the comedy special John Mulaney and the Sack Lunch Bunch and upcoming Apple series Mr. Corman starring Joseph Gordon-Levitt (The Trial of the Chicago 7).