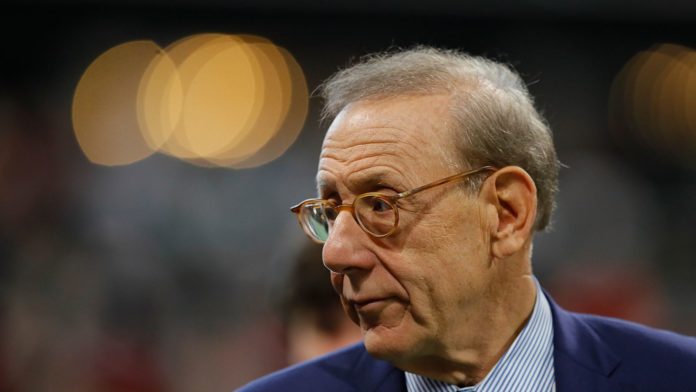 Ross: ‘I think definitely there will be a football season this year. Right now, today, we’re planning to have fans in the stadium’

Miami Dolphins owner Stephen Ross believes the NFL’s 2020 season will take place as scheduled later this year despite the coronavirus pandemic and that his team’s plan is to have fans in attendance.

The 80-year-old real estate developer said the league wants to have fans in place but that plan is subject to change before the regular season begins on September 10.

Speaking in an interview with CNBC, Ross said: “I think definitely there will be a football season this year. The real question is will there be fans in the stadium?

“Right now, today, we’re planning to have fans in the stadium. But I think the NFL is looking at, and is very flexible, so that we will be able to start on time and bring that entertainment that is so needed for all of us in this country.”

The Dolphins went 5-11 in 2019 and finished last in the division but there is plenty of excitement in Miami after the team selected quarterback Tua Tagovailoa with the fifth overall pick of last month’s NFL Draft, which was held in a virtual format due to the coronavirus pandemic.

Tagovailoa, who had hip surgery last November following an injury that ended projections of him being top draft pick, is an accurate, mobile, deep-ball throwing quarterback who some feel could be the cornerstone of the Dolphins years to come.

Earlier this month, the NFL said franchises are allowed to re-open team facilities provided they follow state and local regulations and are compliant with additional public health requirements.