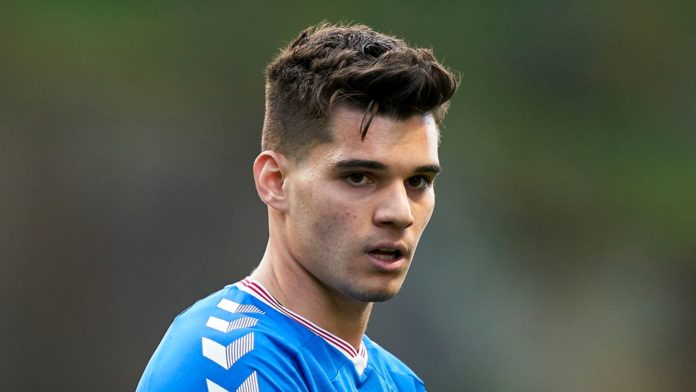 Genk appeared to confirm the transfer on their website on Tuesday evening, before later deleting the announcement

Rangers are closing in on a deal to sign Ianis Hagi from Genk on a permanent basis, and could complete his signing within the next 24 hours.

Genk claimed a permanent deal had been completed on Tuesday evening, before deleting the statement from their website.

The Romanian midfielder joined Rangers on loan in January, with Steven Gerrard’s side having an option to buy.

Despite Genk originally wanting around £4.5m for Hagi, the proposed deal will see Rangers pay £3m in instalments across three seasons.

Hagi scored three goals in 12 appearances for Rangers before the coronavirus pandemic halted the season.

Goalkeeper Wes Foderingham is also moving on after making 143 starts for Rangers since moving there under Mark Warburton in 2015.

Jordan Rossiter, Jason Holt and Jak Alnwick – all of whom have been on loan elsewhere this season – complete the list of those moving on once their contracts expire.