Home Sport ‘Whyte vs Ngannou could happen this year!’ 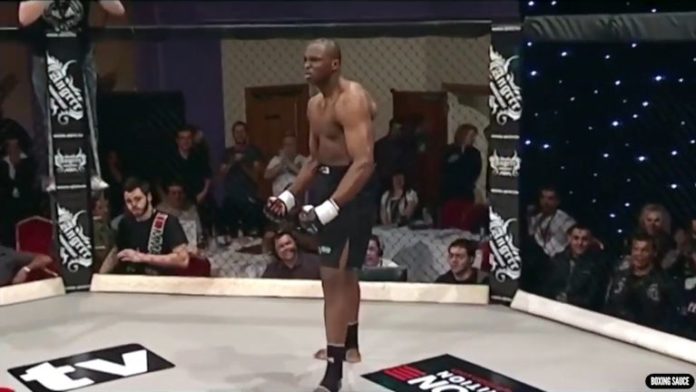 Hearn: Fans of both disciplines have always said: “Whyte vs Ngannou is a cracker”

Britain’s heavyweight contender has welcomed an explosive battle with Ngannou, who suggested he could be open to a boxing match, and Hearn revealed that he has received huge demand to stage the fight.

Whyte is currently training for a rescheduled clash with Alexander Povetkin, but the WBC ‘interim’ champion could then turn his attention to a battle with Ngannou before the end of 2020.

“I never really thought we would take this too seriously, but in the last week we have to take this seriously,” Hearn told Sky Sports.

It’s really got a lot of momentum and a lot of promise. I think there’s a really good chance it could happen.

Eddie Hearn on Whyte vs Ngannou

“The aim for Dillian Whyte is to become a world boxing champion, but I wouldn’t be surprised at all to see Dillian Whyte against Ngannou towards the end of this year. Obviously we know Povetkin is next, but whether it’s October, November, December.

“It’s really got a lot of momentum and a lot of promise. I think there’s a really good chance it could happen.”

Whyte has displayed his concussive power with destructive knockouts of Derek Chisora and Lucas Browne, while Ngannou has ruthlessly stopped his recent opponents within the opening round.

“There’s not just interest online, there is huge interest everywhere for that fight,” said Hearn.

“When I first started discussing it, it was just something that had been mentioned. Fans of both disciplines have always said: ‘Whyte against Ngannou is a cracker’.

“I’ve started to receive a lot of interest from numerous people about staging that fight now. I think it does colossal numbers.

Whyte stoked up his rivalry with Ngannou earlier this week by branding the France-based fighter as a “coward” and “boring.”

“Ngannou is dumber than he sounds if he thinks he’s going to do anything in boxing,” Whyte told Sky Sports.

“If he turned up to fight me like the coward that he was against Derrick Lewis, I’d hurt him and knock him clean out.

“That was officially the most boring fight in UFC history. The only thing more boring is his personality.”