Home Lifestyle Apple can solve our Face ID mask woes by stealing one of... 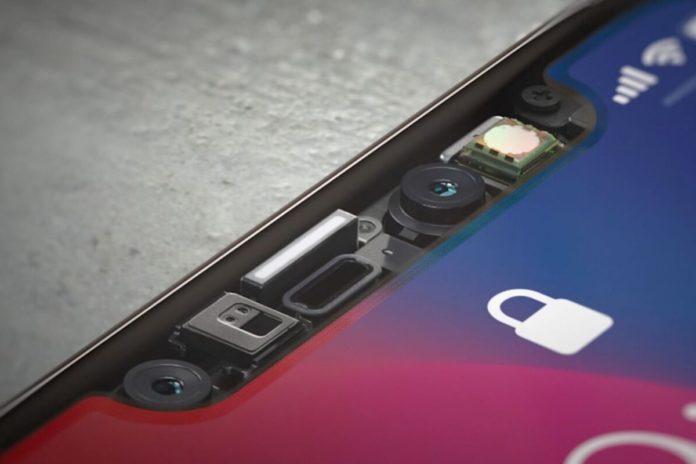 If you own an iPhone X or later and have gone out into the world recently, you probably noticed an unfortunate side effect of the new mask-wearing culture: Face ID doesn’t work.

It is more of a feature than a bug, but the fact of the matter is that if Apple’s True Depth camera system can’t scan your whole face, it won’t unlock your phone. If you’re wearing a mask like most stores and restaurants require, you’re left typing in your passcode whenever you want to check your shopping list or pay your bill.

Apple offered up a workaround with the recent iOS 13.5 update, but it’s hardly a fix. Now, instead of waiting for Face ID to fail a couple times before the passcode screen pops up, you can swipe up from the bottom of the screen to quickly enter your code. That makes things a little less infuriating, but still not ideal.

This isn’t as much of an issue on the Pixel 4 Android phone, and not just because way fewer people own one. While Face unlock is just as wonky as Face ID when wearing a mask, Android has a system in place that lets you bypass it while still respecting your phone’s security and privacy. It’s called Smart Lock, and it’s perfect for these times.

Smart Lock has been around since the days of Android Lollipop but it’s never been more useful. You can set your phone to stay unlocked based on a variety of factors, including whether you’re carrying it or listening to music on a pair of wireless earbuds:

Even before I had to wear a mask, Smart Lock was one of Android’s best features, and it’s been on my iOS wishlist for years. I understand why Apple might be reluctant to embrace it, but short of training its Face ID algorithm to forgive face coverings—which would seriously undermine the security of the system—a Smart Unlock-style system in iOS 14 would be a great way to mitigate the Face ID frustrations caused by COVID-19.

Apple probably would make it as “open” as Android does, but even if it was just limited to its own products, it would still be incredibly useful. That way, your phone would stay unlocked as long as you were wearing your AirPods and Apple Watch, so it wouldn’t matter if you were wearing a mask. Your iPhone would stay unlocked in the store or on a run and bypass the lock screen altogether.

Apple already has a similar system in place on the Mac called Auto Unlock. If you have a mid-2013 or later Mac running macOS High Sierra or later, your Apple Watch can instantly unlock your Mac when it wakes from sleep, eliminating the need to type a passcode or reach over to use Touch ID. Your Mac simply recognizes that your Apple Watch is on your wrist and unlocked, and bypass its own lock mode.

Auto Unlock for iPhone is tailor-made for Apple and the iPhone in 2020. Not only would it solve the Face ID mask issue, it would also encourage two-factor authentication and could spur sales of Apple’s wearables alongside new iPhone purchases.

Smart Lock (or Auto Unlock as Apple would likely call it) is a long-overdue feature, but since it’s looking like face masks are going to be the new normal for a while, the timing would be perfect for an iOS 14 release.

Apple may be on the brink of a smart home breakthrough