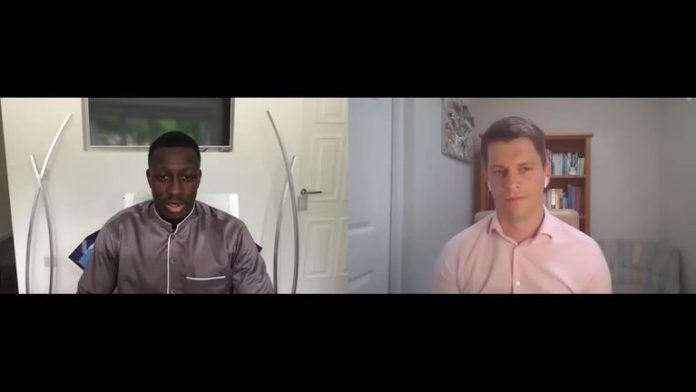 The Man City left-back also reveals how we haven’t seen the real Benjamin Mendy yet, targeting Kevin De Bruyne’s assist record, and the potential return of the Premier League

Benjamin Mendy says playing under Marcelo Bielsa at Marseille prepared him for life at Manchester City with Pep Guardiola, as the two have similar playing styles.

The left-back spent the 2014/15 season working with Bielsa in France, and the pair have now both ended up in England, separated by around 45 miles of the M62.

The Argentine manager is now head coach at Leeds United, while Mendy joined Man City in July 2017, and the World Cup winner believes his time under Bielsa prepared him for the high expectations Guardiola would have for a full-back.

Speaking to Patrick Davison on The Football Show, Mendy said: “Before I moved to Man City, I was talking to Bielsa and I asked him ‘what do you think of it?’

“But what I feel is before I could even ask my question, he told me directly, ‘go with Pep’. So I took the message and when I talked with Pep, I knew why Bielsa told me that.

“I think they are similar. They [play] approximately the same football, they like to have the ball and when we lose the ball, to do high pressing. They are very similar, but every manager has some touches that are different.

“I think Pep has gone to Barcelona, Bayern Munich and [managed] some big teams and won big titles. Bielsa has done some teams further down, but he still has good football and does some good things.

“Playing with Bielsa… [was] amazing, he helped me a lot. The relationship we had together, still today, we keep talking.

“I’m not scared to say it [that he fell asleep in one of Bielsa’s meetings]. I was young, going to the meetings, but he told me one day, ‘you will come and you are going to watch’. This is what I did, I watched and I was in love. The tactics and everything, I was asking so many questions, more and more all the time.”

It has been a frustrating time for Mendy since his Man City move, suffering a number of injuries and only making 46 appearances over two-and-a-half seasons, despite the club having won eight domestic trophies in that time.

The France international admits that it has been a tough time and that Man City fans are yet to see the real Mendy, also revealing how Kevin De Bruyne has helped him with his recovery targets.

“I would like to do something else but I can’t because the injury I had, it was not easy, and it’s for them that I want to fight and really show why Man City took me… This was my way from the beginning until my injury. I’m working hard to come back to my best level and why not more, because every day we can improve and give to Man City the real Benjamin Mendy.

“Maybe I do some good games, maybe I do some bad games, but the top Mendy, we don’t see him because I need, not a long time, but to keep going to play and play, to come back at the best level.

“One time, I was injured after I came back, then there was something else, and now we have the Covid like all the world. I would like to prefer to play and give everything now for the people to see the real Mendy but if I need to wait, I’m going to wait. I know the time will come and I’m still working.

“Sometimes I talk with Kevin De Bruyne, and I tell him ‘when I’m going to be at 100 [per cent fit], we’re going to fight for the assists’. He’s the king, he’s the top, top level but it’s this that makes you want to go up more levels again and again. This year, he has given me a lot of ambition.”

Attentions are now turning to how the Premier League could restart, with Man City back training in small, socially distanced groups. Mendy says he is ready to play again providing it is safe for the players.

He said: “I’m ready to go back… I wait, and the people and staff at Man City are going to text me about when to train and when the league is going to start. The team, they want to protect the player and their family, I think it is like that for every team.

“We wait, we follow the rules, we stay at home, we need to do like everyone in the world and when they say OK, I think it is because they take every precaution for the players playing.

“It’s not going to be the best way because it is difficult to play behind closed doors but we are still going to play so we wait and I hope they are going to do everything to protect first the people in the world and after, if you have the football, then we are ready.

“On the one day, just like that, everything changed. Not going out, not working, for a player, we go every day to the training ground and it changed a lot.

“I started to do some painting, I tried a lot of things to do to keep busy. You talk with the family, I did some DIY in my house. It is not easy but we don’t have a choice because we need to protect all the people and to do that, you need to follow the rules.”