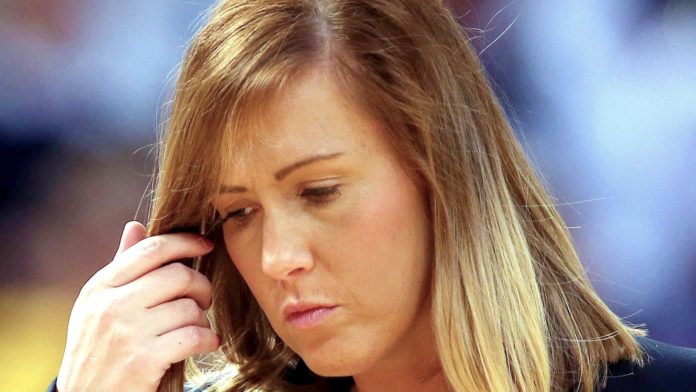 England Netball: “Concluding the season now is the most appropriate measure to guarantee the safety of the netball family, protect the long term future of all VNSL teams”

Vitality Netball Superleague’s head coaches, players and fans have reacted to the news that the 2020 season has been cancelled.

On Wednesday morning it was announced by England Netball that the season, which had been paused after just three full rounds and two additional matches, was to be cancelled without resumption.

The statement stated that concluding the season now is the most appropriate measure to guarantee the safety of the netball family and protect the long-term future of all VNSL teams.

Following the announcement of the decision, the competition’s head coaches, players and fans have taken to social media to share their reactions…

Manchester Thunder went into this new season as the defending champions. During the first three rounds Karen Greig’s squad looked exceptionally cohesive and strong. The head coach shared her thoughts on the decision, as soon as the news was announced.

Gutted about this and feel EN have gone a bit early with their decision … I know we at Thunder were fighting to have some kind of resolve so we could have a result when safe to be in that environment. 😢🖤��🐝we desperately wanted to defend our title #gutted https://t.co/rDFbrNR9Y6

Devastated the season has been null & voided was really hoping for some kind of resolve when safe to do so! Huge thanks to all our #thunderfamily for all the support you gave us in our 4games this year & always, we will be back fighting and stronger, stay safe we miss you 🖤💛🐝

Mikki Austin remarkably combines the roles of director of netball, head coach and being a player at Surrey Storm and like all, she’s preparing to adapt to a new normal without competitive netball.

The longest time period without netball since I began playing the sport, but 100% the right call IMO. here’s to making the 2021 season the best product possible and the longest pre season known to man 😂👊🏻💙 https://t.co/yVs1nOidxy

London Pulse have been training together as a group every day since the lockdown commenced. Interim CEO and head coach Samantha Bird, took to social media to praise her players’ response.

The competition’s newest franchise were unbeaten after their first three matches in 2020 and it looked like they were about to have a significant breakthrough season with a wealth of young and exciting talent within their ranks.

We come back fighting! We come back with our head held high! We are one team, with one vision to spread our passion for #netball! #proud #oneteamonedream #London https://t.co/ZKTT08jY11

Jodie Gibson won a Commonwealth Games gold medal with England Netball on the Gold Coast in 2018. However, in recent times she’s been diligently coming back from an operation on her knee. After the painstaking process of rehab, returning to court was nearly in sight…

Turning to training after hearing the news certainly helped Shona while Natalie Panagarry is another who is continuing to return from injury after she fractured a bone in her foot earlier in the year.

Absolutely gutted to hear @NetballSL has been concluded. At times of adversity our actions often define us….love that @shonaodwyer smashed out a fitness session after hearing the news! Loads more still to achieve and a desire to do it! #Dedicated @celtic_dragons @WelshNetball pic.twitter.com/DytO0AGCcb

Read the details regarding the cancellation of the 2020 Vitality Netball Superleague season.

One of the game’s most respected umpires, Gary Burgess, has set netball fans a challenge for the 2021 Vitality Netball Superleague season…

Absolutely gutted but the right decision, made by the best people in our sport.

It’s only when you lose something you realise how much you miss it.

So here’s the challenge, when Netball returns we have to make sure every match/venue is sold out!!! 2021 is going to be awesome!!! https://t.co/dBzsHooqnD

The fans themselves have also been sharing their emotions after hearing the news. Sadness is mixed with understanding, and a desire to put the players they admire first.

Very sad news, but player and fan safety has to come first. Here is to an amazing 2021! 🙌 https://t.co/bWAoiKgdgw

It has finally happened.

Such a great sense of sadness for this news but understandably health is, and must always be, the priority.

My heart goes out to all the players and coaches that kept training and kept working hard against the odds from March until now. https://t.co/DrTAePkvOK

Inevitable, but no less disappointing. Not just for us fans but for our brilliant players too. The #netball community is incredibly loyal and proud though, so I know we’ll come together again even stronger next year to celebrate our sport 🌹 Bring on @NetballSL 2021! https://t.co/rLM91IpwaY