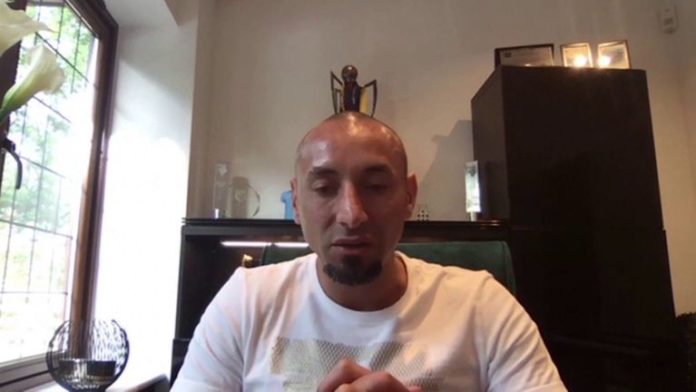 Premier League clubs will meet again on Thursday to discuss contingency plans on relegation and the awarding of the title, if the season has to be curtailed.

Premier League clubs have voted unanimously to approve a return to contact training, in another significant step towards the resumption of matches “when safe to do so”.

Players had already resumed training last week in small groups while respecting social distancing measures, according to step one of the return to training protocols.

Several players, including Watford captain Troy Deeney and Chelsea midfielder N’Golo Kante, are not taking part in phase one of the return to training protocols because of concerns about coronavirus.

Earlier this week, the UK government released its ‘phase two’ guidance for athletes and elite sportsmen and women to make a phased return to close-contact and competitive training, provided individual sports “have the appropriate carefully controlled medical conditions in place”.

The official advice, aimed at helping competitors reach fitness levels required for matches, says close-contact training for elite athletes can include coaching and tackling in team sports within a two-metre distance, in groups of up to 12 players.

The Premier League discussed the updated government advice on contact training with club captains, managers and representatives from the Professional Footballers Association (PFA) and the League Managers Association (LMA) on conference calls on Tuesday afternoon.

It is understood no significant issues were raised during those calls, with one source describing the calls as “completely different to last week’s call when several players expressed serious concerns about a return to football”.

Players were told that the Premier League and the government have committed to further research into the risk to those from BAME backgrounds compared to other groups.

That paved the way for Premier League clubs to vote yes to resuming contact training.

“Squads are now able to train as a group and engage in tackling while minimising any unnecessary close contact.

“The Premier League’s priority is the health and wellbeing of all participants.

“Strict medical protocols are in place to ensure the training ground is the safest environment possible and players and staff will continue to be tested for COVID-19 twice a week.

“Stage Two of the Return to Training protocol has been agreed following consultation with clubs, players, managers, the PFA, LMA and the Government.

“Discussions are ongoing as work continues towards resuming the season, when conditions allow.”

All 20 clubs have now completed the third round of COVID-19 tests and results are expected to be published by the Premier League on Wednesday afternoon.

There have been eight positive cases from 1,744 tests conducted across the first two rounds.

Thursday is another important day for the Premier League. That is when all other aspects of Project Restart will be discussed, including the league’s contingency plans on relegation, the issue of the use of points-per-game, and the award of the Premier League title, if the season has to be curtailed.

Why a return to contact training is so important

The significance of contact training is that it’s the single biggest step towards the resumption of matches.

Throughout the pandemic there have been concerns raised about the risks associated with training and what it takes for coronavirus to be transmitted on the pitch.

But there has been cautious optimism from the first two rounds of testing after more than 99.5 per cent of results came back negative. There have been eight positive results, including at least two players, out of nearly 1,750 tests, so coronavirus is not widespread in clubs at the moment, at least not among those players and staff that have been tested.

If there is no spike in positive tests, with fewer negative results over more tests, it will give the authorities, and clubs, the confidence that it will be safe to resume competitive games next month.

So when will matches restart?

Administrators want to avoid changing dates too much, and we should be clearer on when the league can restart by the end of this week.

If everything goes to plan with contact training, a third vote, on a specific date, is expected in due course.

Managers and players will have passed on their thoughts for club executives to share in this latest summit prior to a vote.

Does this rule out the season being ended early?

Clubs will meet again on Thursday to discuss contingency planning, but it remains the wishes of all 20 clubs to finish the season.

Wasn’t there a UEFA deadline this week?

UEFA had asked Europe’s top leagues, including the Premier League, to provide an update on their restart date and format by the start of this week.

But European football’s governing body postponed a key executive committee meeting on May 27 until June 17 due to outstanding issues over proposed venues for the rearranged Euro 2020 next year.

UEFA hasn’t announced a delay for leagues to respond but they haven’t exactly rushed to receive answers from associations either.

The Premier League remains in regular dialogue with UEFA, so everybody seems comfortable with executives reviewing plans in mid-June which include qualification for next season’s Champions League and Europa League.

How GPS vests can help…

“The average duration that one player will spend within two metres of another is just over three seconds,” he said. “It’s quite a small amount of time. All of that research was conducted on pre-COVID training sessions.