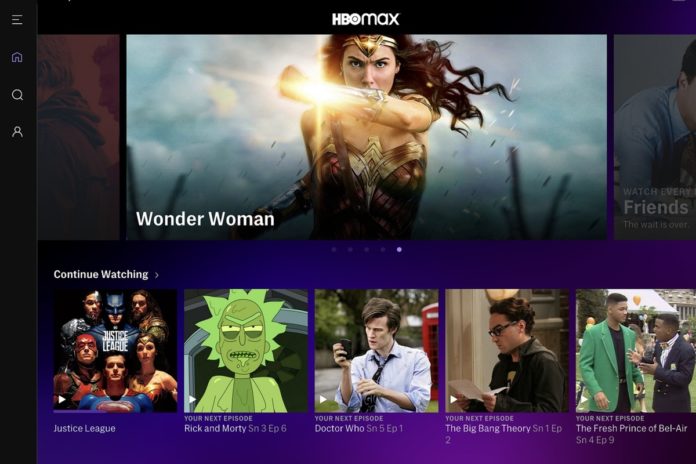 After a year and a half of build-up and several delays, HBO Max is here.

The $15-per-month streaming service is a direct response to Netflix, beefing up the HBO catalog with many more movies and shows while providing a much slicker experience compared to HBO’s current streaming apps. Its arrival should make the streaming wars much more interesting, while giving cord-cutters (and cable holdouts) yet another streaming service to think about.

If you’re still uncertain about what HBO Max has to offer, here’s what you need to know:

It’s HBO, and then some

Until today, HBO has offered two streaming apps: HBO Go for folks who already get HBO through their pay TV provider, and HBO Now for those who want to subscribe on a standalone basis.

HBO Max will have all the same prestige programming as those apps, and at the same $15-per-month price as HBO Now, but it’s padded out with an extensive catalog of additional movies and TV shows, mainly from the WarnerMedia catalog. Those include films from DC, full trilogies for The Hobbit and The Lord of the Rings, classic TV shows such as Friends and The Fresh Prince of Bel-Air, cartoons from Looney Tunes, and a small selection of anime from Crunchyroll.

AT&T, which owns WarnerMedia, has also secured some programming from outside its catalog, including every episode of South Park, the complete series of Big Bang Theory, all 11 seasons of Doctor Who, and animation from Studio Ghibli (Spirited Away, et al). All told, HBO Max will have 10,000 hours of programming, and it also has its own original series on the way.

In a sense, HBO Max is the closest thing yet to a direct Netflix alternative. The price is similar (Netflix’s HD plan costs $13 per month), there are no advertisements, and it’s aiming for the same broad range of tastes and age groups. By contrast, Disney+ and Hulu have narrower audiences—the former appealing more to families, the latter being more for adults—and compared to Amazon Prime, HBO Now will have a much deeper bench of critically acclaimed TV shows.

If you’re already paying for HBO, there’s a good chance you can get HBO Max at no extra charge. HBO Now subscribers can access Max for free, as can folks who get HBO via Hulu, YouTube TV, AT&T, Spectrum, Altice, Optimum, Suddenlink, Verizon, Cox, and certain smaller providers.

In most cases, you’ll need to download the HBO Max app and login with whatever account you currently use to access HBO. But if you’re subscribed to HBO Now and are using iOS, Android, Android TV, or Apple TV, you should see an option to convert the Now app to Max—no extra download or sign-in necessary.

Some streaming platforms and TV service providers aren’t on board

As of May 26, Amazon Fire TV and Roku devices are conspicuously absent from that list. To watch HBO on those devices, you’ll still need to use the HBO Now app or subscribe through Amazon Channels or The Roku Channel. Either way, you won’t get the extra content on offer at HBO Max.

Same goes if you’re subscribed to HBO through Comcast. To access HBO on your streaming device, you’ll still need HBO Go, and an entirely separate app that doesn’t include the expanded HBO Max catalog.

Much like the current HBO Now service, HBO Max is strictly on demand, so it won’t carry HBO’s live channel feeds. For those, you’ll still need to subscribe to HBO separately, whether it’s via cable, satellite, a live TV streaming service such as Hulu + Live TV, or streaming “channel” stores such as Amazon Channels or The Roku Channel. (That said, if your provider also offers access to the HBO Max app, you’ll get the best of both worlds at no extra charge.)

Just like HBO Now, HBO Max is limited to 1080p streaming at launch. A spokesperson said 4K, HDR, and Dolby Atmos are all on the roadmap, but didn’t provide timing.

One of Samsung’s best

As for the HBO Max app itself, it looks like a major improvement over the current HBO Now and HBO Go apps. The top of the home screen has a carousel of featured content, below which you’ll have quick access to shows you’re already watching. Scrolling further down reveals recommendations, editorial picks, and links into various brand hubs within the HBO Max catalog. You can also search within the app, which is smart enough to understand terms like “documentary series” (which would avoid showing documentary films).

HBO is big on the idea of using shapes to highlight different types of content. Square-shaped icons signify personal picks, such as recently watched programs or your watchlist. Vertical posters represent featured movies and shows, and wider rectangles represent episodes in a series.

“As users, we are very averse to row after row after row of rectangles,” said Andy Forssell, executive vice president and general manager of WarnerMedia’s direct-to-consumer business.

In the future, you’ll also see more circular icons on the home screen, representing suggestions that come from humans instead of algorithms. The app’s editors will spotlight particular shows in some cases with descriptive text, and Forssell suggested that content creators and even other users could start suggesting things to watch in the future.

“We think data is critical, and we’ve invested a lot in analytics and smart use of that data, but we think human curation has been underweighted a little bit,” Forssell said.

HBO Max will allow up to three devices to stream at the same time, and will monitor for extreme cases of abuse. That said, don’t expect any kind of strict enforcement against casual sharing between family members or close friends. The idea that some sweeping industry crackdown on password sharing is imminent continues to be overblown.

“If a kid goes away to college, I’m not interested in having a platoon of lawyers decide, is that kid in the household anymore? We’re not going to be draconian about that,” Forssell said. “But if the Russians have managed to scoop up a ton of passwords and are reselling them, that we need to help protect people from, so that’s where we’re going to focus our efforts.”

Everyone gets a profile

HBO Max will allow up to five user profiles per account, each with their own recommendations and watchlists. The service will also support children’s profiles, with the option to block out certain film or TV content ratings.

There’s a PIN system for children’s profiles as well, though it works backwards from what you might expect: Adult profiles are not locked behind a PIN, but when you select a children’s profile, the child’s profile becomes locked in until a PIN is entered, at which point all profiles become accessible again.

You can search with Siri or Google Assistant

Forssell said that whenever possible, HBO Max will try to support platform-specific search and navigation features. On Apple TV, that means you can search the HBO Max catalog with Siri and browse programs through the Apple TV app. HBO Max will also support Google Assistant search on Android TV devices.

No ad-supported version this year

Although AT&T has talked about offering both ad-free and ad-supported versions of HBO Max, WarnerMedia CEO Jason Kilar told Deadline last month that the latter won’t arrive until 2021. It’s still unclear what the price of an ad-free HBO Max would be in any event.

This is admittedly a tangential point, but it’s been somewhat amusing to see streaming services engage in a bit of a color war. While HBO Now opted for black branding, HBO Max exists on a spectrum of purples and deep blues, which no one can accuse of looking like Netflix or Hulu.

“There are some parameters that are simple: Red is taken, green is taken, so first of all, you land where you land,” Forssell said, adding that the new scheme was meant to feel a bit younger than HBO’s grittier branding. “It’s a crazily subjective decision, but we felt that purple felt right.”

Sign up for Jared’s Cord Cutter Weekly newsletter to get more cord-cutting news, insights, and deals delivered to your inbox.

Minister tells Tom Cruise he can carry on filming in UK...

COVID-19: Our response in Yemen