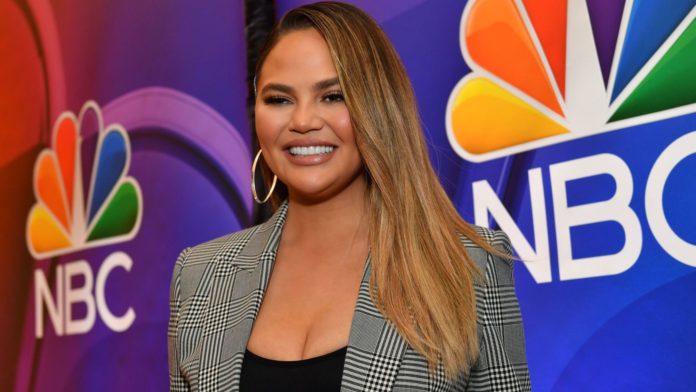 Chrissy Teigen says she is getting her breast implants removed – and she can’t wait to get back to her natural size.

The 34-year-old model made the announcement to her fans on Instagram, after revealing on Twitter that she had undergone a coronavirus test.

Along with a black and white topless shot, with hearts carefully placed to hide her nipples, Teigen wrote: “So I posted myself getting a covid test on the twitter, as I’m getting surgery soon.”

She added: “A lot of people are understandably curious (and nosey!) so I’ll just say it here: I’m getting my boobs out!”

Teigen has said she had the original surgery in her early 20s to increase her confidence while on bikini shoots.

She explained her decision to take out the silicon in her post, saying: “They’ve been great to me for many years but I’m just over it. I’d like to be able to zip a dress in my size, lay on my belly with pure comfort!

“No biggie! So don’t worry about me! All good.

“I’ll still have boobs, they’ll just be pure fat. Which is all a tit is in the first place. A dumb, miraculous bag of fat.”

Celebrity pals among her 29.9m followers were quick to show support.

Singer Natasha Bedingfield wrote: “I miss having big boobs from breast feeding but smaller is so so much easier to dress for sure.”

Yolanda Hadid, who is the mother of Bella and Gigi, wrote “smart girl”, adding a heart emoji.

Last year, Hadid – who suffers from Lyme Disease – revealed she had had all implants, fillers, and extensions removed from her body in a bid to improve her health.

While breast implants are still the most popular form of cosmetic surgery in both the UK and US, there has been a growing movement over recent years for women to revert to a more natural look.

Baywatch star Pamela Anderson had her implants taken out on a whim in 1999 as they “just didn’t feel right anymore”.

Ex-Spice Girl Victoria Beckham admitted to having had breast enhancement back in 1999.

However, she’d already had them removed by the time she confirmed the surgery, following years of denial.

Meanwhile British model Katie Price, who built her career on her 32F breasts, has had her implants taken out and then put back in several times.

Known for her honest posts, Teigen has previously shared photos of her breastfeeding her daughter Luna, in a bid to destigmatise and normalise natural nursing.

Teigen, who also has a son, Miles, with husband John Legend, has spoken openly about her battles with post-natal depression.