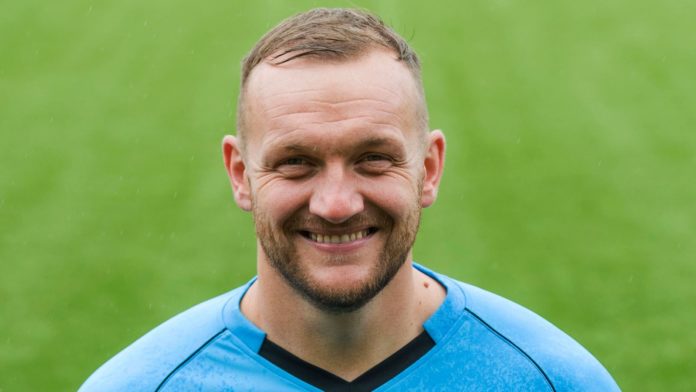 A light-hearted Twitter poll allowing fans to decide whether Livingston should give their third-choice goalkeeper a new contract has ended up raising money for a children’s charity.

With a regular job at a civil engineering company, and the COVID-19 pandemic making it a difficult time for clubs, 37-year-old part-timer Gary Maley had offered to stand down, so his salary could pay for a younger player.

But the Scottish Premiership club decided instead to “put it in the hands of fans”, regarding whether to offer ‘Stretch’ an extension.

📋| Quite possibly a football first but we’re giving you the chance to decide on the future of goalkeeper @Maley1Gary.

With his contract expiring next month, we’re leaving it in the hands of the fans as to whether or not we offer “Stretch” an extension.

Stay or go – you decide!

“Stay or go – you decide!” the poll declared.

Assistant manager David Martindale, best man at the goalkeeper’s wedding, joined in by promising a pound to charity for every vote – only to find more than 190,000 votes had been cast by Wednesday!

Some fans expressed shock that the club would put a player’s future out to a vote – but Maley has confirmed he was in on the stunt.

It’s time to hang your gloves up big fella, you had a good run at it. Scott McDonald penalty save at Tannadice a glorious high in your career, the only high tbf. Take care but we have to move on 👍🏻👍🏻⚽️⚽️

He is a contracts director for civil engineering firm GGK Contracts and said: “Davie (Martindale) told me to come and look at a couple of issues that I could get my guys to fix with the drainage in the dressing room.

“He said ‘we will have a bit of fun with it, have a laugh, we will put up a vote on Twitter’.

“Davie said he would put a pound in per vote for charity, thinking we would get 500 votes.

“Obviously it escalated something ridiculous and Davie soon withdraw that offer!

“It was really meant as a joke and a bit of fun. I am part-time at football, it’s something I enjoy but I have a day job.

“It looks as though I’m going to win the vote and extend my deal but I said I will donate the next two months’ wages to charity and Davie will match that.

“It is all for a good cause. It is for the John O’Byrne Foundation, which helps really ill children.

“High-profile players do a lot with it like Ryan Jack (of Rangers) and Scott Brown (Celtic).

“It helps families take their children on holiday in very difficult times.”