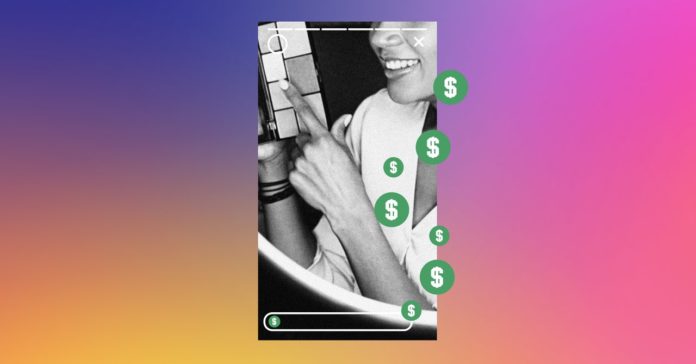 While much of the US remains sheltered in place, and many gyms, movie theaters, and shopping malls remain closed, Instagram has come to play an outsized role in digital daily life. More influencers are turning to video formats like Instagram Live to broadcast fitness classes, create informal cooking shows, or offer some form of entertainment to their increasingly bored followers. Some of those same people have seen their livelihoods dramatically impacted by the pandemic; trainers can’t get to the gyms, chefs can’t cook in their restaurants. Instagram already rolled out a sticker feature last month for all users to show their followers where to buy gift cards or support fundraisers to help small businesses.

On Instagram Live, many of these creators are recreating the work they did before, but for the small screen. Instagram says it’s seen a jump in activity on Instagram Live—a 70 percent increase in views from February to March, according to a company blog post. And creators like Atkins say that the engagement from viewers has been higher than ever, as more people are homebound and absorbed in the world in their phones. In the two months since New York City went on lockdown, she’s doubled the size of her Instagram following, which she believes is entirely from interest in her live workouts.

To monetize that kind of attention, Instagrammers have historically sought out their own sponsorship deals. Some have deployed the platform’s existing tools to creative, lucrative ends. But Instagram has slowly adapted to the way creators use the platform. It announced a branded content manager after years of brands and influencers making informal agreements off-platform. Affiliate revenue-sharing programs for fashion, such as LikeToKnowIt, were widely adopted before Instagram rolled out its Shopping feature. Now, though, Instagram seems to want to compete with platforms like Patreon, Twitch, and YouTube, which have made it easier for their creators to make money.

While the new monetization tools represent a big change for Instagram’s creator set, the features themselves aren’t original. YouTube, which splits ad revenue with creators, introduced “channel membership” in 2018; it gives viewers perks when they sponsor a channel for $5 a month. Twitch has also had a sponsorship model for years, and uses icons like paid badges and “bits” for viewers to show support for streamers. But those models have not been without controversy. Google-owned YouTube in particular has repeatedly upset creators in its quest to keep advertisers happy—and not put off by the videos they appear next to. Some creators have complained that their videos were demonetized seemingly at random. Others have even threatened to unionize, in response to policies that they said were inconsistent and unfair.

Keeping Coronavirus Vaccines at Subzero Temperatures During Distribution Will Be Hard,...