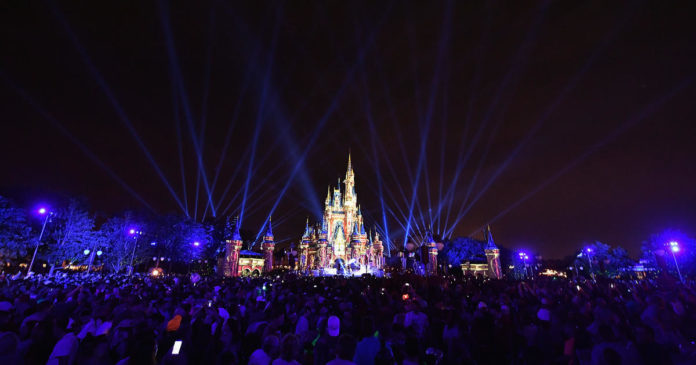 Disney World and SeaWorld Orlando presented their plans for phased reopenings before an Orange County task force on Wednesday. If approved, Disney World’s Magic Kingdom and Animal Kingdom will start reopening on July 11 and Epcot and Hollywood Studios will reopen July 15.

SeaWorld is looking to reopen on June 11.

CBS Miami reports that if Orange County Mayor Jerry Demings signs off on them, the plans will be sent to Florida Governor Ron DeSantis for final approval.

The County has already approved a plan for Universal Orlando to reopen to the public on June 5. The plan includes temperature checks, mandatory masks and reduced capacity. Officials approved those plans and sent them to the governor.

When Disney reopens, guests will need to reserve park entry in advance, cast members and guests will get temperature checks, character meet-and-greets will be paused and play areas will be temporarily closed.

Disney will also reduce capacity on attractions, as well as in restaurants and stores.

Guests and cast members will be required to wear face coverings, and parades, fireworks and other events that create crowds will be temporarily suspended.

The parks’ existing digital “magic” wristbands will allow food orders and other payments to be cashless and plexiglass barrier use will be increased.

Disney is also creating a “social distance squad” to make sure new rules are enforced, in a friendly way.

Last week, Disney World allowed third-party businesses at its Disney Springs dining and shopping complex to open with new restrictions. All workers and visitors older than 2 must wear masks. Temperatures are checked at entrances to keep out anyone with a temperature 100.4 degrees (38 degrees Celsius) or higher. And a limited number of people are admitted to allow social distancing at the high-end outdoor shopping area with restaurants, movie theaters, a bowling alley and a Cirque du Soleil theater.

Universal also has opened up its dining and entertainment complex with restrictions similar to Disney Springs.

Shanghai Disneyland was the first Disney theme park resort to reopen. It opened earlier this month with limits on visitors, as well as temperature checks and mask requirements.

The Associated Press contributed to this report