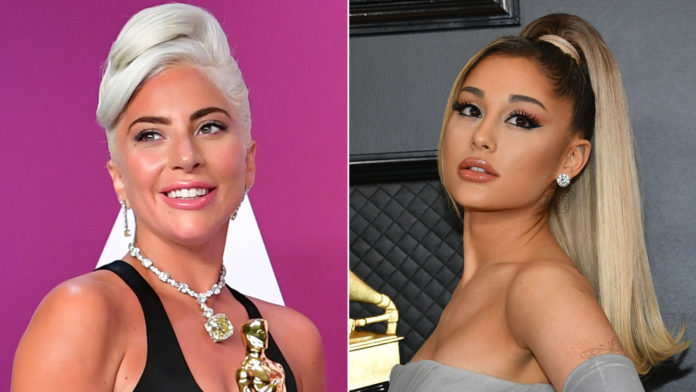 The singers, who have a new song out, “Rain On Me,” partnered with The Weather Channel for a spoof segment.
“It was beautiful just yesterday but, oh wow, how things have changed,” Gaga says. “Today, it is pouring rain. We are soaking wet. And while some are complaining of the recent downpour, we would like to celebrate the rain.”
The new single dropped on Friday and it’s the second song off Gaga’s upcoming 16-track “Chromatica” album, which also includes the previously released “Stupid Love” and “Sine From Above,” featuring Elton John. Gaga also has collaboration track with the girl group Blackpink.
“Chromatica” was initially scheduled for release on April 10, but Gaga announced in March that she was postponing its debut due to the coronavirus pandemic.
The full album is expected on Friday.