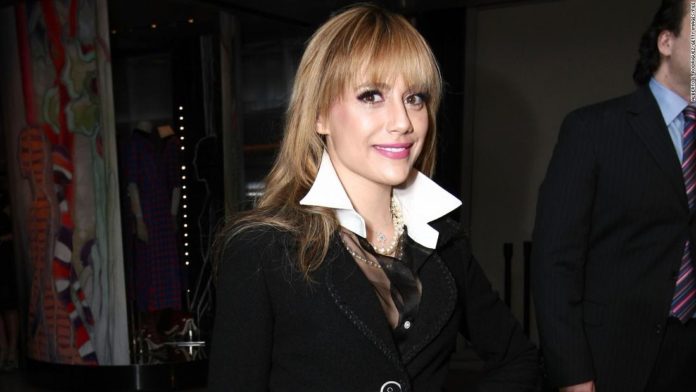 The “Clueless” and “8 Mile” actress died in 2009 at the age of 32.
Murphy’s death was ruled accidental and determined to have been caused by a combination of pneumonia, an iron deficiency and “multiple drug intoxication,” the Los Angeles County coroner said at the time.
But the death months later of her husband, Simon Monjack, which was also ruled as caused by severe anemia and acute pneumonia added to some believing there was more to it.
The Investigation Discovery documentary “Brittany Murphy: An ID Mystery” aired Tuesday and has renewed interest in the deaths.
“Brittany Murphy is a rising star who had it all, beauty, fame, and success … but she also had secrets,” a press release for the doc stated. “When she is found dead in her Los Angeles home at just 32 years old, Hollywood and legions of fans are left in disbelief. While her autopsy reveals that she died of natural causes, many believe foul play is involved.”
The program focused in part on Monjack and the actress’s mother, Sharon Murphy, who according to the documentary “embark on a bizarre media blitz, creating more questions than answers.”
“Then, within months, Monjack perishes under strikingly similarly circumstances — in the same bed he and Brittany once shared, only this time, allegedly with Brittany’s mother sleeping beside him,” the press release stated.”In an exclusive final interview, the late Angelo Bertolotti, Brittany’s father, casts doubt on the conclusion that she died of natural causes and reveals bizarre allegations against other family members.”
Bertolotti died in 2019 at the age of 92.
The documentary can currently be streamed for free on the Discovery ID site.