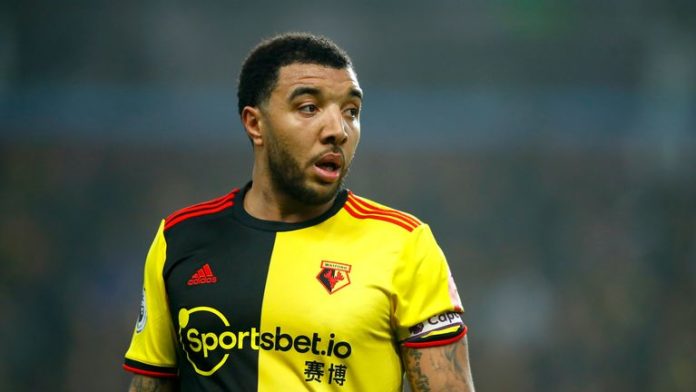 Deeney on abuse after speaking out: “I saw some comments in regards to my son, people saying: ‘I hope your son gets coronavirus'”

Watford captain Troy Deeney says he is open to returning to training after holding positive talks with the government’s deputy chief medical officer.

Deeney refused to go back to work when the Premier League launched Project Restart, explaining his primary concern is the health of his son, who was born prematurely and has breathing problems.

“I only said that I wasn’t going back for the first week, Deeney told CNN Sport, after Premier League clubs unanimously approved a return to contact training. “People took that as I’ll never go back.

“But I’m potentially going to go in next week. Even if it’s just to have a conversation. I’ve already been in dialogue with all the players and all the management.”

Deeney also raised concerns about the disproportionate amount of coronavirus deaths in the BAME community.

However, some of his fears have now been alleviated after a few conversations with Dr Jonathan Van-Tam, the government’s deputy chief medical officer.

He added: “Jonathan is doing really well, again, not only answering questions. He has also been honest enough to say at times: ‘I don’t have the answer’.

“So it just filled me with confidence that he’s trying his best to make sure that we have all the information. The risk factor will be down to players.”

Deeney also revealed he has been the subject of abuse from online trolls and had people shouting at him in the street after voicing his concerns about Project Restart.

“I saw some comments in regards to my son, people saying: ‘I hope your son gets coronavirus’,” he said. “In a time where it’s all about mental health and everyone says: ‘Speak up, speak out,’ Danny Rose spoke out … and I spoke out and we just get absolutely hammered and battered for it.”