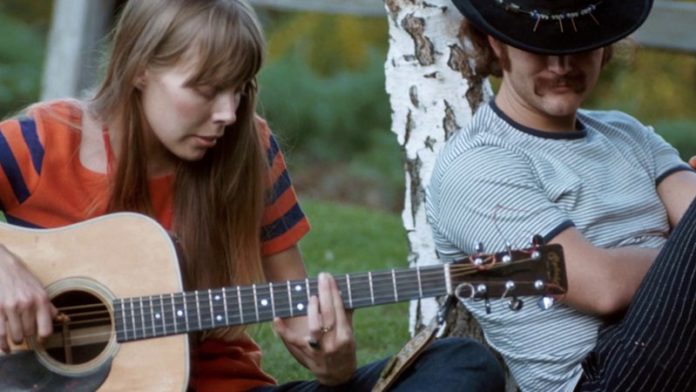 Welcome to Mandatory Streamers, our column covering the best new streaming content coming your way every week! For the week of May 25, Epix’s excellent two-part documentary Laurel Canyon takes us back in time to a rustic canyon in the heart of Los Angeles that was the center of a musical revolution. Check out the best shows debuting and returning online this week as well as the latest renewal announcements below, and be sure to visit our mother site Mandatory by clicking here!

Lauren Canyon, Documentary Premiere:  The two-part doc series pulls back the curtain on a mythical world and provides an up-close look at the lives of the musicians who inhabited it. Through a wealth of rare and newly unearthed footage and audio recordings, the series features an intimate portrait of the artists who created a musical revolution that changed popular culture. Uniquely immersive and experiential, this event takes us back in time to a place where a rustic canyon in the heart of Los Angeles became a musical petri dish. Featuring the music of Joni Mitchell, Crosby, Stills, Nash & Young, The Doors, Linda Ronstadt, Eagles, and many more. Laurel Canyon will premiere on Sunday, May 31.

Central Park, Series Premiere: The animated musical sitcom voiced by Josh Gad, Leslie Odom Jr., Titus Burgess, Kristen Bell, Stanley Tucci, Daveed Diggs, and Kathryn Hahn follows a family of caretakers, the Tillermans, who lives in the titular New York City locale. As park manager Owen and journalist Paige raise their kids, they must fend off hotel heiress Bitsy Brandenham and her long-suffering assistant, who would love nothing more than to turn the park into condos. Central Park will begin streaming on Friday, May 29.

Ramy, Season 2 Premiere: Co-created by Ramy Youssef, Ari Katcher, and Ryan Welch, the series follows a first-generation Egyptian-American who is on a spiritual journey in his politically-divided New Jersey neighborhood. The series looks to bring a new perspective to the screen as it explores the challenges of what it’s like being caught between a Muslim community that thinks life is a moral test and a millennial generation that thinks life has no consequences. The second season of the Golden-Globe winning dramedy will feature Ramy’s new journey towards self-exploration with the guidance of Oscar winner Mahershala Ali’s Sheikh Ali. The new season will launch on Friday, May 29.

Quiz, Miniseries Premiere: Starring Matthew Macfadyen, Sian Clifford, and Michael Sheen, the miniseries tells the extraordinary and sensational story of how Charles and Diana Ingram attempted an ‘audacious heist’ on the quiz show Who Wants to Be a Millionaire? Major Ingram, his wife Diana and an accomplice, Tecwen Whittock, who was sitting in the audience, were accused of cheating their way to a million pounds on what was the most popular game show on earth in 2001. The couple stood trial for conspiring by coughing during the recording to signify the correct answers to the multiple-choice questions posed to the Major by the host, Chris Tarrant. Quiz will premiere on Sunday, May 31, while the full series will be available to binge on AMC Premiere.

Love Life, Series Premiere: Anna Kendrick stars in Paul Feig’s new romantic comedy anthology series about the journey from first love to last love, and how the people we’re with along the way make us into who we are when we finally end up with someone forever. The series will follow a different protagonist’s quest for love each season, with each half-hour episode telling the story of one of their relationships. The series is streaming now on HBO Max.

Elite, Season 4: Netflix has renewed its Spanish drama Elite for a fourth season, which will feature a few changes in the cast. The first three seasons of the series are available to stream now.

FX Renewals: FX has renewed It’s Always Sunny in Philadelphia for a record-breaking 15th season, along with Pamela Adlon’s comedy series Better Things for a fifth season, What We Do in the Shadows for Season 3, and a second season of the documentary series The Weekly.

ABC Renewals: ABC has renewed American Housewife, The Bachelor, Black-ish, The Conners, Dancing with the Stars, The Goldbergs, A Million Little Things, Mixed-ish, The Rookie, Shark Tank, Stumptown, 20/20, and Who Wants to Be a Millionaire. Those shows join the previously announced renewals for Grey’s Anatomy, Station 19, The Good Doctor, America’s Funniest Home Videos, American Idol, and The Bachelorette.