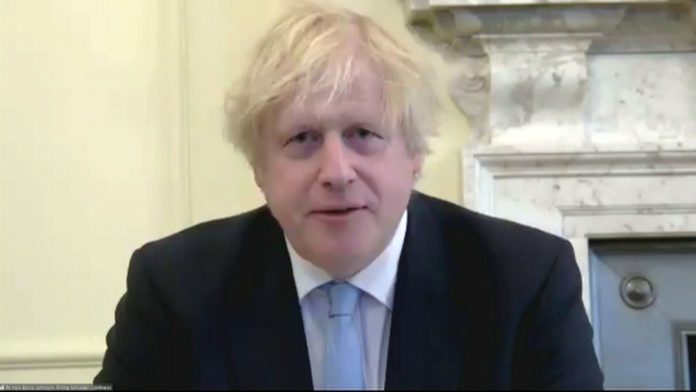 Emily Maitlis was notably absent from her role as Newsnight’s presenter on Wednesday after the BBC ruled the programme breached impartiality rules over its Dominic Cummings coverage.

The presenter introduced Tuesday’s show by saying the prime minister’s chief adviser had “broken the rules” and “the country can see that, and it’s shocked the government cannot”.

Newsnight’s coverage focused on a trip by Mr Cummings from London to Durham during the early stages of the coronavirus lockdown which he said was “reasonable and legal”, with Boris Johnson defending him and refusing to heed calls to sack him.

Maitlis had been scheduled to present the next edition of the programme, the BBC said, but Newsnight’s UK editor, Katie Razzall, instead took her place.

Razzall confirmed that Maitlis had not been asked to take the night off and said she “certainly wouldn’t have agreed to present the show” if she thought that was the case.

She did not address the controversy during the programme.

In reply Maitlis tweeted: “So grateful to my friend and excellent colleague for stepping in this evening . She did so because I asked for the night off -knowing tonight’s prog would be in the most excellent hands.”

Newsnight editor Esme Wren also said Maitlis had not been “replaced” because of the ruling and the programme’s staff “work as a team throughout”.

In Tuesday’s opening, Maitlis said: “The longer ministers and the prime minister tell us he worked within [the rules], the more angry the response to this scandal is likely to be.

“He was the man, remember, who always got the public mood, who tagged the lazy label of elite on those who disagreed.

“He should understand that public mood now – one of fury, contempt and anguish.”

After the BBC ruled that breached its impartiality rules the National Union of Journalists criticised the BBC’s handling of the row.

General secretary Michelle Stanistreet said: “At a time of national crisis, frank and fearless journalism that scrutinises and holds this government to account is more necessary than ever.”

She added that it was “clear as day” that Mr Cummings breached lockdown rules, adding: “Journalists should be congratulated for holding policymakers to account for actions that risk a monumental breach of trust during a public health crisis.”

The BBC said on Wednesday staff had been “reminded of the guidelines” around impartiality after the broadcast, adding that the corporation must “uphold the highest standards of due impartiality in its news output”.

The statement added: “We’ve reviewed the entirety of last night’s Newsnight, including the opening section, and while we believe the programme contained fair, reasonable and rigorous journalism, we feel that we should have done more to make clear the introduction was a summary of the questions we would examine, with all the accompanying evidence, in the rest of the programme.

“As it was, we believe the introduction we broadcast did not meet our standards of due impartiality.”

Good Morning Britain presenter Piers Morgan called the statement “utterly disgraceful” and said the BBC is “chucking one of its best journalists under the bus for telling the truth”.

He tweeted: “Every word Maitlis said was true: truth is the criterion of real journalism.”

However, Conservative MP Chris Green said the programme’s introduction “had a clear bias and had nothing to do with the BBC’s mission to inform and educate”.

“We do not need Newsnight to behave as poor quality entertainment,” he added.

Next week from Monday to Thursday, Dermot Murnaghan will be hosting After the Pandemic: Our New World – a series of special live programmes about what our world will be like once the pandemic is over.

We’ll be joined by some of the biggest names from the worlds of culture, politics, economics, science and technology. And you can take part too. If you’d like to be in our virtual audience – from your own home – and put questions to the experts, email afterthepandemic@sky.uk

The Beast & his boss taking Wycombe to new heights

Waratahs deny Force from 14 points down

Jada Pinkett Smith reveals affair with singer during marriage to Will...