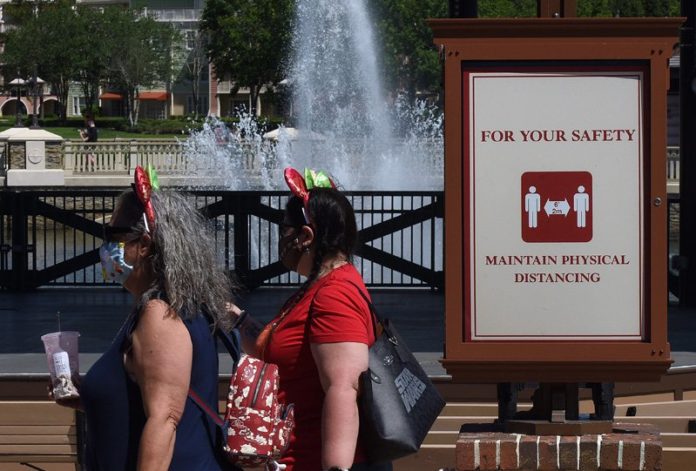 A week after Universal Orlando Resort submitted its plans for a phased reopening to the Orange County Economic Recovery Task Force, Walt Disney World has followed in its competition’s footsteps and submitted its plans to reopen its Magic Kingdom, Disney Animal Kingdom, Epcott and Disney Hollywood Studios in July, according to Deadline.

Jim MacPhee, Senior Vice President of Operations at Walt Disney World Resort, revealed a proposed timeline to the task force with proposed plans to open the two kingdoms on Saturday July 11 and the latter two attractions on Wednesday July 15, with the former date being considered a private opening while the latter is a more public affair.

Orange County Mayor Jerry Demings was cautious yet optimistic in this week’s Task Force meeting, having reported on Tuesday that the county had a relatively low coronavirus rate of 2.8 percent, though that does make up half of the southern state’s reported case numbers.

“Some 320 people are still active with the virus in the community and others are likely asymptomatic but also positive,” Demings said. “The virus is still alive in our community. As we reopen we must balance the safety concerns. This is a battle between what is dirty and what is clean. Certainly as we reopen businesses the job of this task force is to reopen in a clean, safe manner.”

Disney’s proposed strategy, which MacPhee says will focus on “education, communication and engagement,” will feature temperature checks for both guests and staff, enforcing of face masks and social distancing, numerous hand washing stations throughout the park and backstage and a use of plexiglass barriers at retail, food and beverage locations. The capacity of park attractions, restaurants, retail stores and transportation will also be reduced, while fireworks, character meet-and-greets and other events that tend to create crowds will be suspended temporarily.

Theme parks around the globe were closed in late January and mid-March due to the global pandemic, with Shanghai Disneyland reopening on May 11, with similar safety measures being instituted to bring back business while also preventing a renewed spread of the virus. Walt Disney World and Universal Orlando opened their retail and dining areas, Disney Springs and CityWalk, to the public last week, with the latter park announcing a few days after that it planned to reopen their park in phased waves in June.