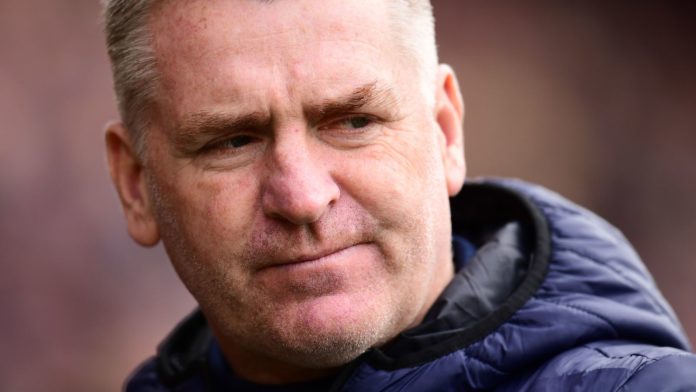 A club statement read: “The Aston Villa Family are saddened to announce that Ron Smith, the father of our current head coach Dean, has passed away at the age of 79.

“Ron, who had recently been living in a care home after being diagnosed with dementia six years ago, contracted coronavirus four weeks ago and after a short spell in hospital passed away with his family at his side.

“A lifelong supporter, Ron was a steward at Villa Park for many years and passed on his love of the club down to his children.

“As well as being a regular at home games, Ron was also there to witness that greatest of days in May 1982 when Villa lifted the European Cup in Rotterdam.

“The thoughts of everyone at the football club are currently with Dean and his family at this most distressing of times and would kindly ask for the family’s privacy to be respected.”

Ron Smith worked as a steward at Villa Park for 25 years and was often in charge of taking former chairman Sir Doug Ellis to his seat in the Trinity Stand.

Dean Smith said after last year’s Championship play-off final victory that he had pledged to his father to return to his bedside as a Premier League manager.

“I went to see my old man on Friday and he kept his eyes open for two minutes,” Smith said after the 2-1 win at Wembley.

“I told him the next time I come to see him I’ll be a Premier League manager, and he smiled.”

A month before the final, Dean’s mother Hilary spoke about the family’s love for Villa.

“I’m so proud, so proud,” she told BirminghamTV. “It’s fantastic. It’s something he’s always wanted to do and his dad would be so proud. His dad’s got dementia and he’s in a home.

“I knew nothing about football until I met my husband in 1964 and we followed them everywhere, ribbons on the car and everything. For our family, his wife, my grandchildren, it’s absolutely fantastic.

“I try to go to the away games but I’m usually doggy-minding Dean’s dog. I go to every home game and most games away. It’s tremendous because we’re all Villa supporters. We’re a Villa household.”