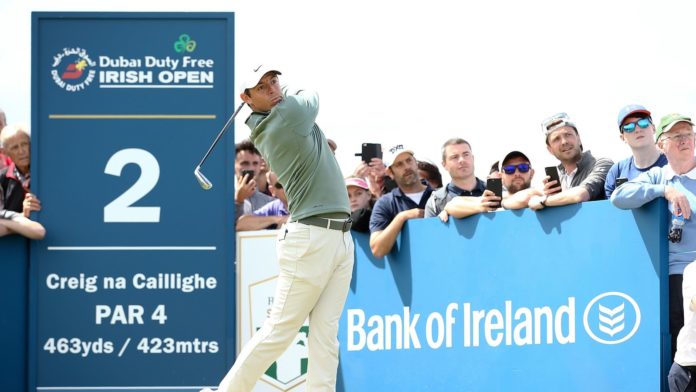 Tour hopeful of staging 24 events between July and December, while playing privileges will be protected for next year.

The European Tour have announced a modified schedule for the remainder of the 2020 season, although only six events have been confirmed.

Tournament play will resume on July 22 as Lee Westwood hosts the Betfred British Masters, the first of six consecutive events in England and Wales forming a “UK Swing”, while the Tour also announced dates for four Rolex Series events in October and December.

European Tour chief executive Keith Pelley hosted an online teleconference call with several members of the worldwide golf media, so what other critical elements did he reveal for the remainder of the season?

“We have not released our entire 2020 schedule at this point, with a number of familiar and iconic events not part of this announcement. Rest assured they are all still very much part of our plans, but we have a variety of options open to us right now, and we will announce those shortly.

“Indeed, our schedule, July to December, tentatively has 24 events on it, including Ireland, Italy, Spain, and Portugal. They are full‑field events, and we are looking at this particular time at a field of 144.

“But we have, as you can expect, many innovations because this provides a wonderful opportunity for us to create a television product that can be even a little bit different.

“The Dubai Duty Free Irish Open is still absolutely critical and is very much part of our plans. It is hugely important to us, so much so that we have three or four date options for it. We could have announced it today but it wouldn’t have been 100 per cent and I didn’t feel comfortable with that.”

Tour is not in financial peril

“Some of you might want to ask the question, ‘is The European Tour bankrupt or running out of money?’ And I would say, absolutely not. Of course, we’ve been affected like millions of businesses the world over, but we’ve worked hard and been extremely responsible in our financial approach to this global crisis.

“I’m not going into specific financial details, but we have created five tournaments all from scratch. We have implemented a £500,000 bonus pool. We’ve made a significant investment into our medical health strategy and we’ve also helped The Benevolent Trust, around 50 players in financial hardship, and we’ve donated £250,000 to that charity.

“This is not an easy financial situation, but we have produced a strategy that has allowed us to do three things. It’s allowed us to navigate through this initial phase of the crisis and resurrect our 2020 schedule. It has helped us prepare for the short term for 2021 and, of course, helped us create a platform to help plan for the long term, from 2022 onwards.”

Player categories will be protected / No Q School

“While the intention remains to crown a new Race to Dubai Champion on Sunday December 13, as part of the changes to the end of the 2020 season caused by the impact of COVID-19, the European Tour’s Tournament Committee recently agreed that all Members’ 2020 Categories, and their ranking within that category, will be retained in 2021 with related playing rights being protected to the absolute maximum possible in the 2021 season.

“That decision was passed unanimously by the Committee, as was the fact that there will no longer be a ‘Minimum Tournament Regulation’ for the 2020 season.

“We recognise that when we resume playing golf, each player’s circumstances will be different. We therefore do not want to put anyone in a position whereby they feel they have no choice other than to play in certain events in order to protect their livelihood.

“Similarly, the feeling was that it was not fair to disadvantage any member who might want to play in an event but who might not be able to due to ongoing travel restrictions. Therefore, in consultation with our Tournament Committee, it was agreed preserving their exempt status for 2021 was the fairest solution in these unprecedented times.

“As a consequence, there will be no Qualifying School this year and no formal graduation from the Challenge Tour, although the Tournament Committee has agreed to reward exceptional performance on both the European Tour and the Challenge Tour in 2020, precise details of which we will announce in due course.”

‘No surprise’ that prize funds are smaller

“The prize funds for these events, we are funding them all ourselves, as you know. They will all be one million Euros with a £500,000 bonus. Given what we are facing, it’s no surprise that our prize fund levels will fall a little bit given the global crisis that is affecting the world.

“Prize funds are directly linked to revenue, hence the reason prize funds have grown enormously in the past, our revenue has grown significantly in the past. Hence, 2018 and 2019 have the highest prize funds in the history of The European Tour, as did playing opportunities.

“But we will be able to climb again, and as we come through this situation and continue to shape The European Tour finances for the future under which has become an incredibly strong commercial team, led by Guy Kinnings, we are confident that we will be able to grow the revenue and strengthen our overall prize funds once again.”

Spectators ‘not critical’ for finances

“We want to have fans and the players want to play. However, we are in a really interesting position in the fact that fans and hospitality make up only five per cent of our entire revenue. So it is not critical for us from a business perspective at this point, but it is critical from an optics side.

“Having said that, we have all kinds of different scenarios planned, but it really depends on what materialises over the next couple of months. We hope to get to the point where some of our events, as soon as possible, we are looking into some hospitality and some exclusive ticketing options.

“Will we get back to the point where we get 30,000 or 40,000 fans this year at Wentworth? I wouldn’t see that as being possible, but I do see it extending, depending upon what happens, depending on the government regulations, and of course, us being able to create a very safe environment.”