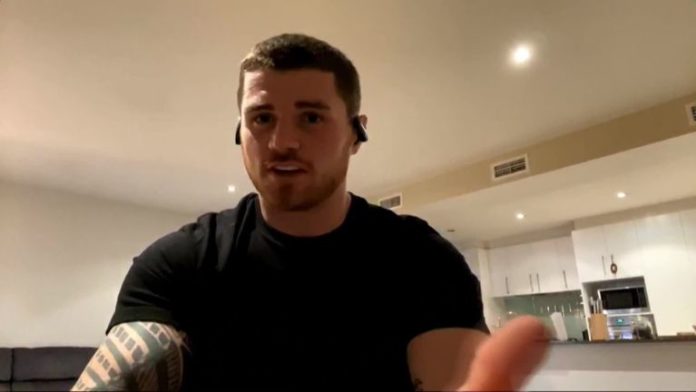 John Bateman is hoping to be back out on the pitch for the Canberra Raiders when they take on the Wests Tigers in Round 5 of the NRL.

The forward hasn’t played this year after undergoing shoulder surgery in the off season, and his recovery and rehabilitation has been delayed due to lockdown.

However, before the pandemic, Bateman was set to miss at least the first seven games of the season.

“I had an injection last week to settle a little bit of what was going on in my shoulder down, that takes roughly around 10 to 14 days, once that settles down I’ll start doing my contact,” Bateman told Sky Sports.

“So roughly about two to three weeks, not far off now, it’s getting closer and closer which I’m pretty pleased about.

“So yeah roughly around that (round 5). I don’t want to rush myself I’ve done the hard work now, so I don’t really want to rush into pushing myself, so I’ll take it nice and slowly and so when I’m ready I’ll be ready.”

The former Wigan star has featured heavily in the press the last week after reports suggested the 26-year old had requested a release from Canberra, a story he insists is ‘fake news’.

Despite being contracted until the end of 2021, Bateman has been given permission to negotiate with other clubs for next year and beyond.

“We’ve been negotiating contracts and stuff like that and the Raiders said they were struggling with the salary cap for next year, and 2022 they didn’t have anything, so they gave me permission to talk to other clubs.

“From that, someone has leaked it or gone to the press with the story and tried to twist it and twist it again.

“They’ve had a few little digs and I called him out on Friday for it being fake news, which it was, there was no truth behind it whatsoever.

“I always want to be honest with people and I was straight up and that’s what it is and I don’t want people saying things that aren’t true and I will be as honest as I can be.”

Watch Canberra get their season back underway when they take on Melbourne on Saturday, as Sky Sports brings you every game from round three and four LIVE on Sky Sports Arena, Main Event and Mix.