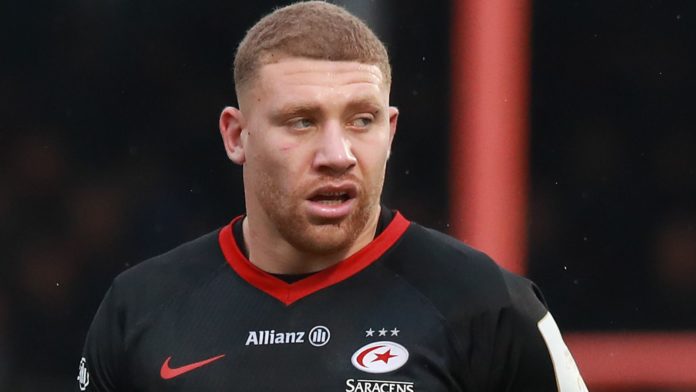 England forward Nick Isiekwe will join Northampton Saints on a season-long loan as part of his new four-year contract with Saracens.

The 22-year-old will move to Franklin’s Gardens while Saracens are playing in the Championship.

Isiekwe becomes the latest player to be loaned out by Sarries, with Max Malins and Ben Earl joining Bristol and Jack Singleton moving to Gloucester.

Northampton director of rugby Chris Boyd said: “We had a unique opportunity to welcome one of the rising stars of English rugby to our group.

“He is still a young player but will bring significant Premiership, European and Test experience, as well as some real power, to our pack.

“Having spoken to Nick on numerous occasions now, I know that he’ll be 100 per cent committed to the club and completely immerse himself on our culture. I’m sure he’ll savour his time here, enjoy his rugby and be welcomed by Northampton’s supporters.

“Not only will he add value to our squad, but I hope we can help him improve and reach his goal of playing regular international rugby.”

Isiekwe, who has won three caps for England, is the third player to sign for Northampton in recent weeks following the arrivals of Tom James and Nick Auterac from Doncaster and Harlequins respectively.