Home Sport How close was Gazza to Euro 96 Germany winner? 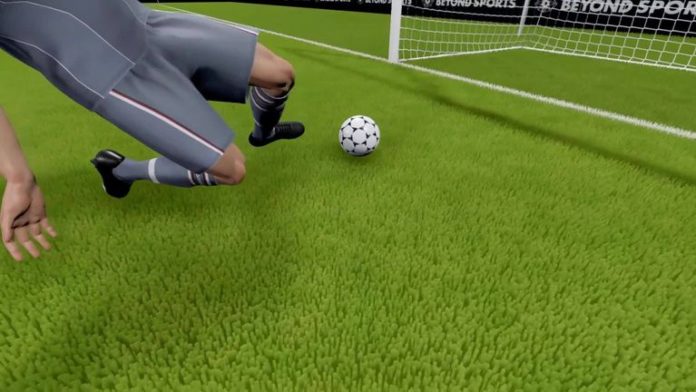 You’ve seen the TV replay – maybe hundreds of times. But from his own perspective, how close was Paul Gascoigne to sending England to the Euro 96 final?

Using a virtual reality re-enactment, Sky Sports can reveal just how close Gazza came to sending England into their one and only international final since winning the World Cup in 1966 – as seen through his own eyes.

He had already lit up Wembley earlier in the tournament with a memorable goal in their 2-0 win over Scotland in the group stages, but could have written himself into folklore yet again on the night of June 26.

In the ninth minute of extra time against Germany, with the scores level at 1-1, Gascoigne was millimetres away from meeting Alan Shearer’s centre – but had to look on in agony as the ball shot past his foot and away to safety.

Euro 96 had been the first major international tournament to use the Golden Goal rule, meaning any real connection would have guaranteed the Three Lions their path to the final.

But after the midfielder’s infamous near-miss, Germany went on to take their place instead after a penalty shoot-out win at Wembley, with now-England boss Gareth Southgate missing the decisive spot-kick.

Look back on Gascoigne’s incredible career, in his own words and those of some of football’s grandest names, with the documentary ‘Gascoigne’, available on Sky Documentaries now. You can also catch a number of other wonderful sporting documentaries on demand or channel 114.