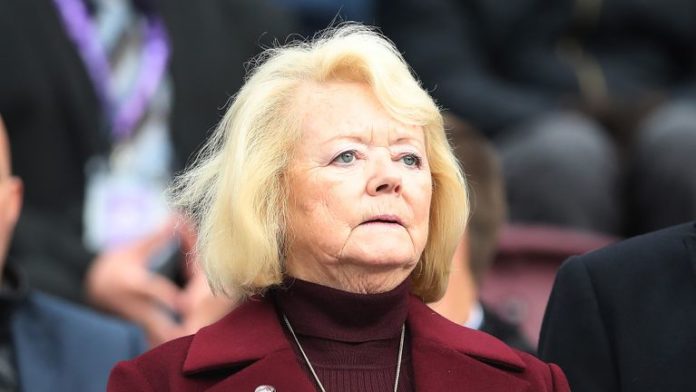 Budge claims the system, which will require 11 Premiership clubs to back her plans, is “not fit for purpose”.

In an attempt to save Hearts from relegation, the Tynecastle chairman has proposed Scotland’s four divisions switch to three groups of 14 for two seasons at least, with the potential to add Kelty Hearts and Brora Rangers after they were denied promotion play-offs.

However, her plans looked doomed to failure and Peterhead boss Jim McInally has vowed to make her “pay the price” for her “disregard” for the lower leagues.

Reconstruction plans which include a change to the financial distribution model need to gain an 11-1 majority among Premiership clubs and 75 per cent backing among the other teams.

And Budge raised the prospect of the SPFL board potentially stepping in to take control of the situation.

The voting system is not fit for purpose in terms of running a business.

“We could be in a situation where we have got four, or however many, lower-league clubs voting against this and stopping it going through,” she told Sky Sports News.

“But then a week later they basically say League One, League Two, can’t play this season. Does that make sense to you? Because it certainly doesn’t to me.

“You could also end up in a situation – and I know this won’t happen – but you could have 40 clubs saying yes and two clubs vote against it.

“My understanding, although I could be wrong, is if the situation was deemed to be sufficient of an emergency, that the board can choose to implement a change. That’s what I have been told, but it’s hearsay, I’ve not read the rules to that level of detail.

Budge has been keen to stress she is also trying to save Partick Thistle and Stranraer from the drop, but Peterhead boss McInally claims her plan effectively relegates four teams from League One as well as denying Cove Rangers promotion.

McInally, whose side finished eighth in League One, told the Evening Express: “I know she’ll come out and say we’re still in the same league because there will only be three leagues and it will still be League One. But no matter what way she wants to look at it, it’s still a relegation.

“I hope everyone involved will fight this because she’s shown no regard for part-time football and part-time clubs.

“Hopefully we can make her pay the price for that. Nobody wants Hearts to (be) relegated. But if it comes down to Hearts being relegated rather than Clyde, Peterhead, Forfar or Stranraer or Cove being denied promotion then we need to fight and show she can’t come and bully us.”

McInally claims Budge seized on the prospect of the lower leagues being “mothballed” for a season when that was only a last resort.

And he believes the lower divisions could start around October time if clubs pull together.

The former Scotland midfielder said: “Our ground at Balmoor holds 3,200 fans however we could introduce social distancing measures and still get in about half of that. Some clubs have already told us they would be willing to do the same.

“Pubs and restaurants should be open by October and that would also allow clubs to offer some sort of hospitality.”