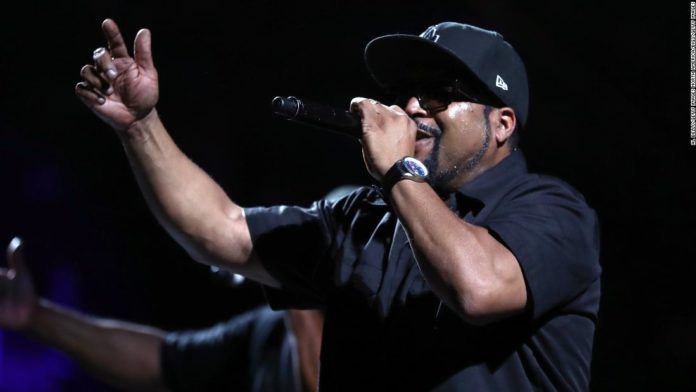 “I apologize to everyone expecting to see me on Good Morning America today, but after the events in Minnesota with George Floyd I’m in no mood to tell America, good morning,” the entertainer wrote on Twitter on Thursday.
Floyd, a black man, died at age 46 on Monday after pleading for help as a police officer pinned him — unarmed and handcuffed — to the ground.
Ice Cube is among a handful of other celebrities — including NBA superstar LeBron James — who have voiced their outrage over the killing of Floyd.
In Minneapolis, hundreds of people took to the streets to protest on Tuesday and Wednesday after video of the incident surfaced.
Four police officers have been fired for their involvement in Floyd’s death, a decision which Minneapolis Mayor Jacob Frey said he supported “one hundred percent.”
“It is the right decision for our city,” Frey said in a statement. “The right decision for our community, it is the right decision for the Minneapolis Police Department.”
Floyd’s family believes that the officers should be charged with murder.
The FBI is investigating the incident, and will present its findings to the United States Attorney’s Office for the District of Minnesota for consideration of possible federal charges.

CNN’s Christina Maxouris and Jason Hanna contributed to this report.