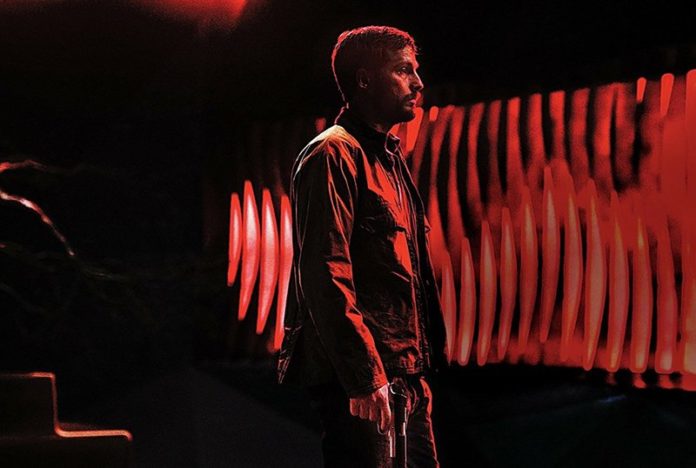 One of 2018’s best and most criminally underrated films, Leigh Whannell’s Upgrade, is coming back to audiences in a new way as the writer/director is partnering with frequent collaborator Blumhouse Productions to help develop a sequel series to the sci-fi action film, according to Deadline. Click here to purchase the original Upgrade!

The series adaptation is set to be co-created and executive produce by Whannell, who’s just coming off of the acclaimed reboot of The Invisible Man, and Tim Walsh (Treadstone), who will serve as showrunner on the project. They will be joined in the writers room by Krystal Ziv Houghton and James Roland, who ran the second season of Blumhouse’s USA Network series adaptation of The Purge franchise, with Blumhouse Television and UCP set to co-produce it.

The latest chapter in the near-future picks up a few years after the film and will expand the universe with an evolved version of the artificial intelligence chip implant STEM and a new host in a world in which the government has repurposed STEM to help curb criminal activity.

The sequel series marks Whannell’s first dive into the world of television after keeping his eyes on film for over 15 years and is the first project to come out of the first-look film and TV deal he recently inked with Blumhouse, who he had already worked together with for The Invisible Man and Insidious franchise.

Alongside those two franchises, Whannell is known for helping co-create the long-running horror franchise Saw alongside director James Wan (Malignant), as well as starring in the first installment. Whannell and Wan were frequent collaborators after meeting in film school, going on to co-write and direct Dead Silence, which, though was a critical failure and seen as a rushed disappointment by them both, has seen a cult following gather in the years since.

After his wife is killed during a brutal mugging that also leaves him paralyzed, Grey Trace (Logan Marshall-Green) is approached by a billionaire inventor with an experimental cure that will “upgrade” his body. The cure — an Artificial Intelligence implant called STEM — gives Grey physical abilities beyond anything experienced and the ability to relentlessly claim vengeance against those who murdered his wife and left him for dead.

Upgrade was written and directed by Leigh Whannell and hit theaters in June 2018 to rave reviews from critics for its update on its old-school revenge premise and for Whannell’s darkly humorous script and hard-hitting action and direction. It was also a modest box office success, grossing $17 million on a $3 million production budget, and after originally casting doubts on a sequel, he and producer Jason Blum have expressed excitement over the past couple years about potential plans to continue the story.

Terpenes: The Little-Known Compounds That Make Cannabis a Better Medicine

Doughtie elected to Boeing board as Kennedy departs

Series of disasters unfolding across Indonesia

Inquiry into ‘widespread corruption and fraud’ on British Virgin Islands

Why The Recent Signal That Appeared to Come From Proxima Centauri...