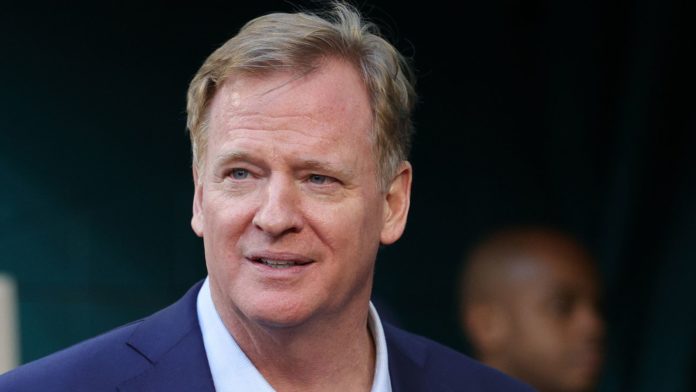 The NFL continues to prepare for an on-time start to the 2020 season, commissioner Roger Goodell told reporters on a conference call on Thursday.

“As a league, in partnership with the NFLPA, we’ll continue to prepare and adjust as necessary,” Goodell said. “We are prepared for the 2020 season.”

Goodell announced that the virtual offseason program has been extended two weeks, through to June 12, and that he is “hopeful” coaches can return to team facilities as soon as next week.

However, he added that coaches will not be allowed to return until all 32 teams are able to open their facilities in accordance with local government regulations.

To this point, teams have been permitted to allow only non-football personnel back at their facilities, in an effort to maintain competitive equity.

Various reports have said the league could allow teams to hold in-person workouts in late June or early July, but a firm decision is not expected soon.

Goodell said the league’s current “highest priority” is finding a way for players to safely return to facilities in time for training camp and eventually games.

States around the country continue to relax restrictions that were put in place due to the coronavirus pandemic, creating optimism about the NFL season proceeding as planned, beginning with the September 10 regular-season opener between the Houston Texans and Kansas City Chiefs.

There is also an increasing possibility that fans will be permitted to attend at some venues.

Texas Governor Greg Abbott issued a proclamation on Thursday announcing fans will be allowed at outdoor professional sporting events as soon as Friday, with capacity capped at 25 percent.

Leagues must receive approval from the state health department, and indoor events (and high school or college events) are currently not included.

The Dallas Cowboys and Houston Texans both play in domed stadiums that have retractable roofs.

According to WDSU New Orleans, the Mercedes-Benz Superdome could permit up to 13,000 fans at a time if the NFL allows this fall.