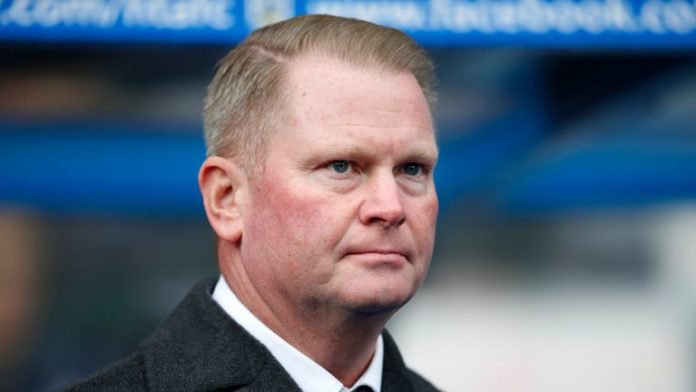 MP Damian Collins has urged the government to offer financial support to EFL clubs, warning some are weeks away from entering administration.

Mr Collins has written to Oliver Dowden, the Secretary of State for Digital, Culture, Media and Sport, FA chairman Greg Clarke and EFL chairman Rick Parry, saying clubs “require the resources both of the football authorities and the government” in order to survive.

Collins wants the above trio to hold talks about creating a ‘Football Finance Authority’ where instead of a loan, the government would acquire a stake in a club which could then be bought back by either supporter trusts or even local authorities.

The letter, which is supported by Sunderland co-owner Charlie Methven, Grimsby chairman Philip Day and former FA chairmen David Triesman and Greg Dyke, outlined a six-point plan which could steer clubs to safety.

Mr Collins wrote: “We may only have a few weeks to save professional football in this country as we know it.

“The shock of the Covid-19 crisis has badly exposed the weak financial position of clubs in the English Football League (EFL), many of whom were already on the edge of bankruptcy.

“For clubs in Leagues One and Two in particular, the loss of match-day revenue and money from the sale of season tickets is a major blow that some will not be able to survive. We want to see football return as soon as possible and for the current season to be completed in the divisions above League 2.

“Without matches being played, the salary costs of clubs are too high to make it viable for them to mothball their operations, even if the existing government support and furlough schemes continue.

“We do though need to address the fact the clubs would have to incur costs by taking staff out of furlough in order to resume training and matches, but without receiving match day revenue. Also, the cost of the Covid-19 testing protocols needed to ensure the safe return of players and staff will cost clubs around £140,000 each, a significant figure for some in the lower leagues, given the circumstances they face.

“Overall, if nothing is done to provide financial support to football, clubs with old and famous names will almost certainly go into administration within weeks. More communities will go through the agony that Bury suffered last year and see a beloved cultural and sporting institution taken from them. We will also see the release of up to 1,400 players who will fall out of contract this summer.

“There is a great urgency now for an agreement on a rescue package for clubs in distress, and this will require the resources both of the football authorities and the government. However, this should also recognise both the short-term requirement for cash and the longer-term need for much greater oversight and regulation of the financial affairs of the clubs, including the opportunity for more supporters and communities to acquire a stake in them.

“Without this any bailout scheme will only be a short-term fix. This would also complement the government’s existing manifesto commitment to a ‘fan-led review of football governance, which will include consideration of the Owners’ and Directors’ Test’.

“We would urge you to convene talks for as soon as possible to agree measures that can be put in place to save clubs from bankruptcy and expulsion from the League.”