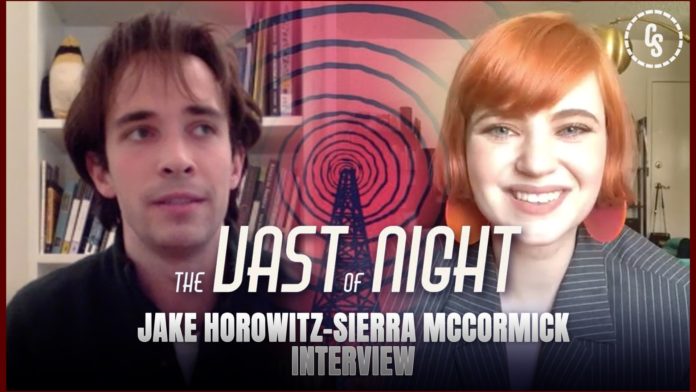 ComingSoon.net had the chance to speak with stars Sierra McCormick and Jake Horowitz about the sci-fi drama The Vast of Night, centering around two young radio personnel as they investigate the weird, mysterious audio frequency they’ve picked up. You can check out the interviews for the movie below and order your copy here when the movie begins streaming tomorrow!

In The Vast of Night film, in the twilight of the 1950s, on one fateful night in New Mexico, a young, winsome switchboard operator Fay and charismatic radio DJ Everett discover a strange audio frequency that could change their small town and the future forever. Dropped phone calls, AM radio signals, secret reels of tape forgotten in a library, switchboards, crossed patch lines and an anonymous phone call lead Fay and Everett on a scavenger hunt toward the unknown.

The Vast of Night is directed by Andrew Patterson from a screenplay written by James Montague and Craig W. Sanger. It is produced by Montague, Adam Dietrich, and Melissa Kirkendall.  It had its world premiere at the 2019 Slamdance Film Festival where it won the Audience Award for Best Narrative Feature.