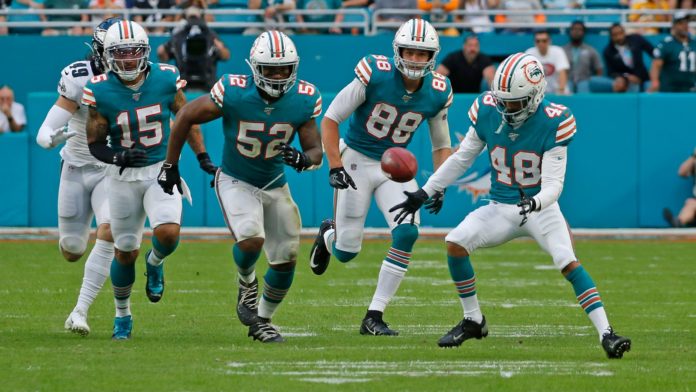 NFL owners have tabled a proposal for an alternative to the onside kick with a fourth-and-15 play and approved testing expanded use of video replay in the preseason to aid in officiating.

On a conference call Thursday, the 32 owners also increased the number of players who may be designated for return from the injured list during a season from two to three.

Also passed was making permanent the expansion of automatic replay reviews to include scoring plays and turnovers negated by a foul, and any successful or unsuccessful extra points.

The competition committee’s recommendation to expand defenseless player protection to a kick-off or punt returner who is in possession of the ball but has not had time to avoid or ward off contact of an opponent also was approved. So was preventing teams from manipulating the game clock by committing multiple dead-ball fouls while the clock is running – an issue that came up several times in 2019, including during the postseason.

Using video replay for pass interference calls was dropped after a one-year experiment that led to more uncertainty than clarity. Many people in the league cited the presence of too much subjectivity in the reviews.

Tabled was a proposal to have a booth judge serve as an eighth official on each crew and call for reviews on certain plays. But the league will experiment with additional review options during the preseason, which is scheduled to begin on Aug. 6 with the Pro Football Hall of Fame game between Pittsburgh and Dallas.

The preseason schedule, of course, is an uncertainty as is the NFL’s regular-season because of the coronavirus pandemic. But the league has stated it plans to play everything as scheduled while making contingency plans that could include no fans at games, moving or delaying games.