Home Sport ‘Johnson vs Buatsi could be for a major belt’ 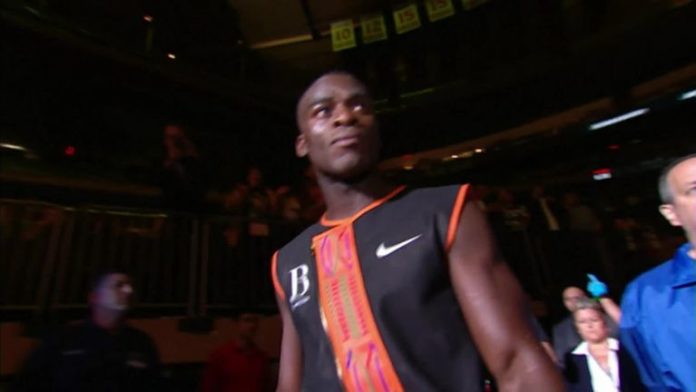 Callum Johnson and Joshua Buatsi could meet for a European title, or eventually even a world title, says promoter Eddie Hearn.

The former British light-heavyweight champions will meet on Sky Sports’ The Boxing Show at 2pm on Friday and Hearn insists they might be on a collision course.

“With the environment that we’re in, two Brits facing each other? It could be the way we end up going,” Hearn told Sky Sports.

ICYMI! 🥊 @CallumTheOne dismantled Sean Monaghan to take his record to 18 and 1 💥

“I don’t really like making fights between two of our own guys. But I understand that Johnson vs Buatsi is a fantastic all-British fight. It could be for a world title. In the short-term it could be for a European title.

“It’s risky for both. Risky for Johnson because he’s looking for a world-title shot and would be fighting an undefeated domestic contender. Risky for Buatsi because Johnson is world-level and he hasn’t boxed at that level again.”

“Johnson is a dark horse – he went into the Beterbiev fight without the momentum that we would have liked,” Hearn said. “Everybody else said no, he said yes.

“He did brilliantly in that fight. With more belief and momentum and activity he might have beaten Beterbiev. He put him over. Beterbiev looked in all kinds of trouble.

“Johnson didn’t have the experience to put his foot on the gas but now he would do.

“He’s in a great position and I really believe he can win a world title. He’s already proved that he can hang with the best.”

Hearn said about undefeated Buatsi’s hopes of reaching world title level: “He was due to fight last November against Blake Caparello, the perfect fight for him. An eliminator for the IBF title, Caparello is a gate-keeper.

“He is fresh, no wear and tear in the pro game.

“Buatsi is a guy who needs to move along fast in the next 12-18 months. He is extremely intelligent and knows that you’ve got to make the right moves and the right time.

“The level of Beterbiev or Dmitry Bivol? You have to first fight Caparello or Sullivan Barrera, those tests to see if you are ready.

“Buatsi is one of the best talents in world boxing. He has great shot selection, great power, he is extremely tough, he has a great chin and he loves to fight.

“He is a great character – calm, caring, kind, pleasant then he turns into an absolute beast.”