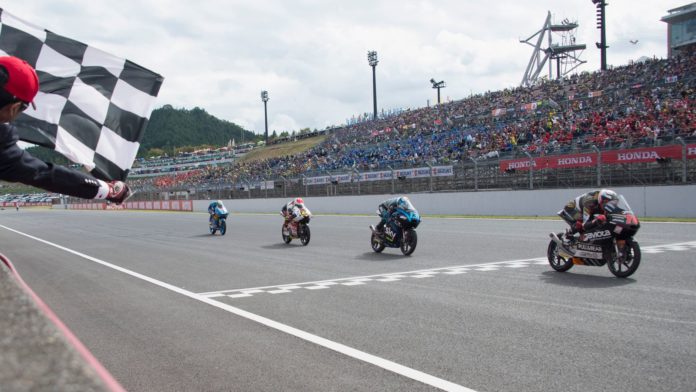 The British MotoGP scheduled to be held at Silverstone in August has been cancelled due to the coronavirus pandemic.

The MotoGP race in Australia has also been cancelled as a result of the outbreak and the resulting calendar changes.

The British Grand Prix had been scheduled for August 28-30 at Silverstone and the Australian Grand Prix was set to be staged at Phillip Island from October 23-25.

“I want to thank the stoic British fans for their patience and support”, Silverstone managing director Stuart Pringle said in a statement. “We must now look forward to 2021 when Silverstone will once again host the fastest and most historic MotoGP race on the calendar and work hard to make it a truly exceptional event.

“Despite months of work behind the scenes to try and make this event happen, logistical restrictions under the current situation, combined with a shortened and rearranged MotoGP calendar, has caused the cancellation of the event.”

MotoGP is aiming to start the series in Spain in July.

The first two MotoGP events of the year in Qatar and Thailand were cancelled on March 2 because of travel restrictions. At the time, there had been 34 deaths from the COVID-19 illness in Italy and more than 1,100 people had tested positive.