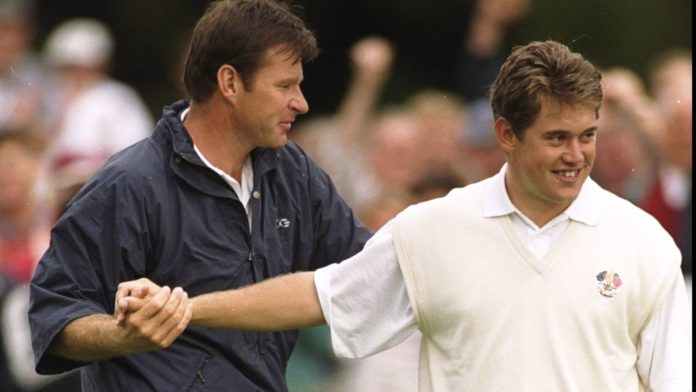 Some of the greatest golfers in history have represented Team Europe in the Ryder Cup, but who would feature in Europe’s ultimate all-time side?

Some of the greatest golfers in history have represented Team Europe in the Ryder Cup, but who would feature in Europe’s ultimate all-time side?

Former European Ryder Cup players David Howell and Andrew Coltart were asked to select their dream line-up in the latest edition of the Sky Sports Golf podcast, with their task made harder by limitations on how many from each nation could be picked.

A maximum of two players from each of England, Spain, Ireland and Scotland could be named in either 12, with only one player from any other nation allowed to feature in the respective teams.

The challenge proved to be a tough test for both Sky Sports pundits, with both having to leave out some high-profile names and European stalwarts in some controversial decision-making.

From having to decide which of Spanish legends Seve Ballesteros, Sergio Garcia and Jose Maria Olazabal misses out to debating whether Bernhard Langer gets the nod over ‘Miracle at Medinah’ hero Martin Kaymer, the duo both having to justify plenty of contentious picks!

Does 10-time Ryder Cup star Lee Westwood get named in either team? Who gets the one Northern Irish spot available? Download and listen to the latest Sky Sports Golf podcast, with the Vodcast version now on Sky Sports On Demand!

Do you agree with the players picked? Comment below to get involved in the debate, but please adhere to our House Rules. If you wish to report any comment, simply click on the down arrow next to the offending comment and click ‘Report’.