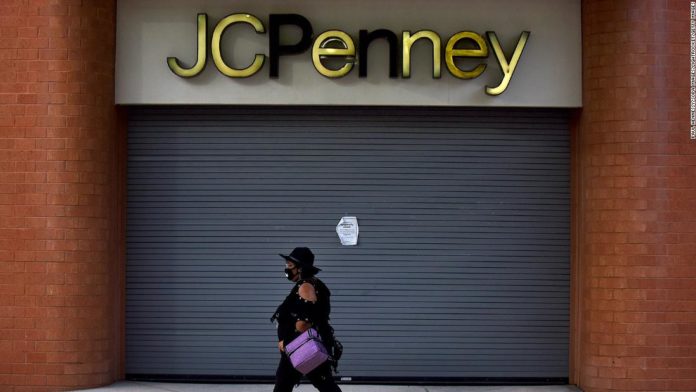 Hertz and JCPenney are two of the most high profile publicly traded companies to file for Chapter 11 protection since the Covid-19 pandemic hit the United States. They have plenty of company.
Energy firms Diamond Offshore and Whiting Petroleum, retailers Tuesday Morning and Stage Stores as well as satellite firm Intelsat are some of the other public companies to recently seek Chapter 11 bankruptcy protection. They won’t be the last either.
Private companies aren’t immune, either, as Neiman Marcus and J.Crew have also succumbed to bankruptcy in recent weeks.
But investors should reconsider if they think that now might be the time to do some bargain hunting with shares of bankrupt companies. After all, Hertz (HTZ) and JCPenney (JCP) were struggling long before the coronavirus arrived.
Sure, there are firms like GM (GM) as well as Delta (DAL), American (AAL) and several other airlines that wound up getting a second life from investors after bankruptcy wiped their balance sheets clean in years past. But that was after investors who held shares in the old bankrupt companies got wiped out.
When it comes to getting paid back in Chapter 11 reorganization, shareholders are lowest on the totem pole. The companies’ creditors, who can include everyone from bondholders to suppliers, get higher priority.
Also, a company that seeks bankruptcy protection has probably done so due to its poor business decisions or because it’s no longer relevant to consumers. It’s about more than just a mounting debt load.

Bankruptcy may only temporarily solve a company’s problems

Take a look at Pier 1 (PIRRQ). The long-struggling retailer filed for bankruptcy in February and plans to close all of its 541 stores for good. Shares of Pier 1 plunged 75% to just above $1 a share on the day of its filing. They now trade for less than 7 cents.
And ask any investors who’ve stuck with Sears since its Chapter 11 filing in October 2018 how bankruptcy that worked out.
Sears (SHLDQ) was trading around 41 cents when it filed for bankruptcy and briefly shot as high as $2.77 per share after it emerged from Chapter 11 in February 2019. But the stock has fallen nearly 60% in the past year to about 17 cents.
Even newly issued shares of formerly bankrupt companies often struggle to prosper after emerging from Chapter 11. After all, a healthier balance sheet doesn’t mean that a company has a better business model — especially in the notoriously cutthroat retail sector.
American Apparel, Fairway, Barneys and RadioShack are just a few examples of what some have dubbed Chapter 22 companies — firms that all were forced to file for bankruptcy a second time within a few years after emerging from a previous reorganization.
And then there’s camera and film company Eastman Kodak, the one-time tech and consumer giant that was a Dow component from 1930 to 2004, until it took too long to get aboard the digital photo revolution.
It filed for bankruptcy in 2011, wiping out the value of its shareholders. While a revamped Eastman Kodak (KODK) made a return to Wall Street with new stock in 2013, its shares have plunged 90% since then.
So while active traders may have the cash, and the stomach, to try to take advantage of short-term swings in bankrupt stocks like Hertz and JCPenney, long-term investors should probably think twice.