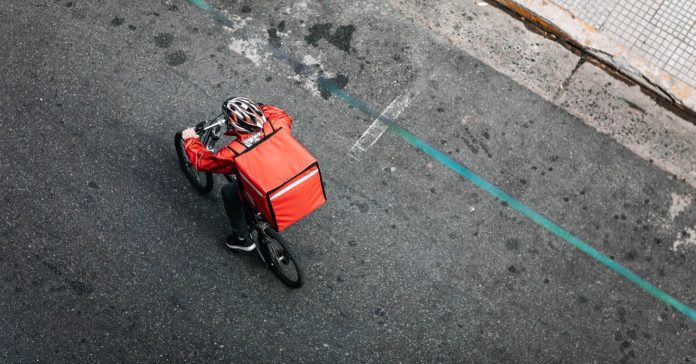 When Luke Edwards opened OH Pizza & Brew in 2014, the Columbus, Ohio, restaurateur thought delivery apps could help his business. His chicken wings and specialty pizzas—the most popular an appropriately named “Bypass,” topped with pepperoni, sausage, ham, salami, bacon, and extra cheese—needed an audience. And he says working with apps such as DoorDash, Grubhub, Postmates, and Canada’s SkipTheDishes helped him build a loyal following, allowing him to open two more OH Pizza & Brews, with another location on the way.

But by January 2019, Edwards had had enough. For one, he didn’t think the services were helping his bottom line. “Even though we were bringing in more money, after paying out the commission rates, we were seeing a decrease in net profits,” he says. The drivers were inconsistent, he reports, and sometimes lacked equipment like insulated food bags to keep deliveries warm. Edwards also found it harder to get in touch with customer service reps for the apps, who would sometimes refund customers at the eatery’s expense for deliveries he believed had gone well.

“Quickly, I realized [the apps] were good at the search and optimization thing,” he adds. “They were terrible at delivery.” Today, OH Pizza & Brew pays its own contracted drivers to deliver, which Edwards believes saves him money.

To be sure, Edwards is swimming upstream. The Covid-19 pandemic forced many restaurants to close their dining rooms and accelerate online ordering, takeout, and delivery services. Popular services such as Uber Eats, DoorDash, Postmates, and Grubhub each added hundreds of venues to their offerings. Through the end of April, collective sales at the delivery services nearly doubled compared with the same time last year, according to credit-card analytics firm Second Measure.

The apps are appealing for a reason: Without much overhead, restaurants can quickly gain access to a labor force of insured and background-checked drivers, a customer base of people who reach for their phones when they want a meal, and a suite of marketing and promotional add-ons. Taw Vigsittaboot owns Thai X-ing in Washington, DC, a restaurant known for its intimate, prix fixe service of traditional Thai food. Since the end of March, the restaurant has been serving takeout through delivery apps. “It’s a lot of confusion sometimes, but we’re learning,” he says. He credits takeout, plus a loan from the government, with keeping the business running. At the end of April, Second Measure says 29 percent of Americans had ordered from an online delivery service, up from 23 percent the year previous.

But the experience of Edwards and others points to the enormous challenge for these services: maintaining both sides of their customer base. They must compete to keep eaters, who are, according to a 2019 Grubhub letter to investors, “becoming more promiscuous”—looking through multiple platforms for deals and promotions before settling on a meal. And they must compete for restaurants, whose slimmer-than-usual margins have run up against commission fees ranging from 15 to 30 percent per order. Some owners are reportedly slipping menus and cards into each app-ordered meal, to prod buyers into skipping the middleman and ordering directly from the restaurant next time.

As it is, the delivery companies are hardly minting money. Grubhub reported a 12 percent increase in revenue in the first quarter, to $363 million, but posted a loss. CEO Matt Maloney told shareholders this month that the company is about breaking even on orders during the pandemic. Uber said gross bookings at Eats rose 52 percent in the first quarter, but the division also showed a loss.

Smaller, independent restaurants and chains like OH Pizza & Brew and Thai X-ing may be the key to winning the delivery app race. In the past few years, the apps have engaged in a high-profile turf war to win partnerships with big restaurant brands like Taco Bell (Grubhub), Chipotle (DoorDash), and Starbucks (Uber Eats). But Grubhub executives told shareholders in February that “national enterprise brands” had negotiated fees for their orders, leaving less for Grubhub.