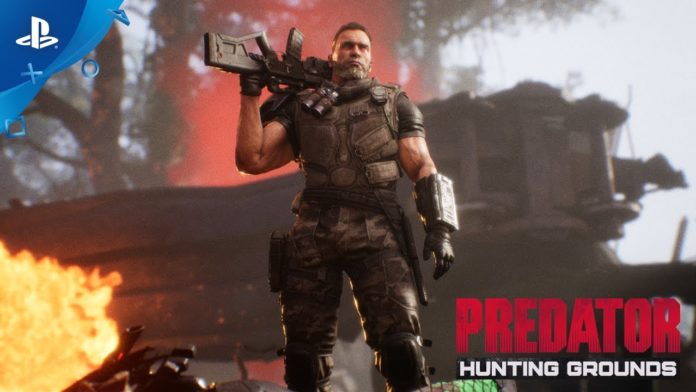 Oh, and you also get to play as Dutch, aka Arnold Schwarzenegger’s character in the original Predator film! And while you don’t get any special super powers, and the game as a whole remains incredibly frustrating and repetitive, it was still pretty cool to see and hear ole Arnie hunting down that ugly mother fu***r once more.

Apparently, Illfonic has plans to release even more characters in the future, which means we can all look forward to that Topher Grace skin we’ve been clamoring for. Check out the walkthrough in the player below.

Players will be able to explore Dutch’s story in the universe in two different ways. The first is a free update, available for all players who own the game, who will be able to learn where Dutch has been all these years and hear his story in his own words through a series of voice tapes that players will earn as you level up.

The second is a paid DLC pack where you can play as Dutch and get early access to the QR5 “Hammerhead” Rifle and Dutch’s knife (available free for all players later in June). The free update and the paid DLC are now available!

More free updates and paid DLC’s are coming in the months ahead, with plans to introduce new weapons, game modes, and more. For the various paid DLC, players will get access to more themed character packs — Dutch is just the beginning.