Home Culture Beyonce and Cardi B among celebs to honour George Floyd – as... 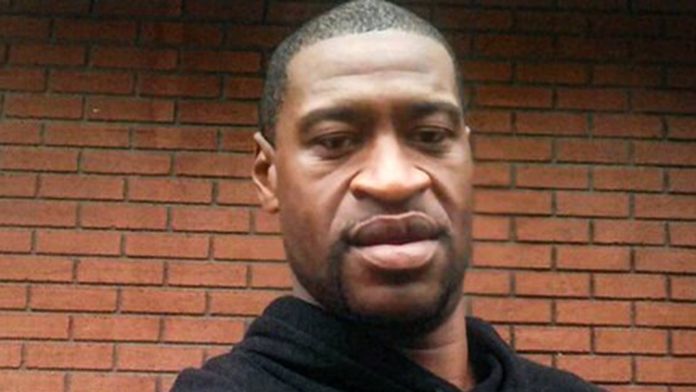 Celebrities from Taylor Swift to John Boyega have joined the ranks expressing disgust over the death of George Floyd in Minneapolis – condemning the response of Donald Trump and showing support for protests against how police treat black Americans.

Mr Floyd died after white officer Derek Chauvin was filmed kneeling on his neck for at least eight minutes, having handcuffed him and pinned him to the ground while arresting him for allegedly using a fake $20 note in a shop.

The 46-year-old can be heard in widely-circulated phone footage saying he could not breathe, before paramedics are seen lifting him on to a stretcher and into an ambulance – he was later pronounced dead in hospital.

Protests have broken out in Minneapolis and other cities across the US – and dozens of celebrities have lent their backing to the demonstrations.

Speaking in a video on Instagram, Cardi B said she thought people were “tired” of repeatedly peacefully protesting against police brutality with seemingly little result, adding: “This is what people have to resort to.”

“Seeing people looting and growing extremely outraged, it makes me like, yes, finally, finally motherf*****s are going to hear us now,” she said.

“As much as people are so against it, at this point I feel like I’m not against it, although it does scare me and I don’t want anybody to get hurt.”

Beyonce added a tribute to Mr Floyd on her website, which read: “Rest in power George Floyd.”

Star Wars actor John Boyega also joined the conversation, writing on Instagram: “So heartbreaking to hear about the continuous cycle of violence aimed at black people by racist cops. Murder charges only.”

Filmmaker Ava DuVernay said: “You deserved your breath, your dignity, your life. Not to die in the street, murdered by a white cop’s knee on your neck.

“You deserve our tears, our prayers, our rage, our action. We must act – for you – and for all of those were no cameras are present. We must.”

Ariana Grande shared a link to a Change.org petition calling for justice for Mr Floyd’s death.

Mandy Moore and Demi Lovato both advocated for white people to also get involved in action against police brutality, with the latter writing: “Education will be the light that darkens ignorance in these terrifying times.

“If you are not standing up for the black community – you are a part of the problem.

“Please do not stop speaking up until all of this stops.”

Others have directed their anger towards the US president, whose response to the protests has been condemned.

Twitter has hidden tweets from Mr Trump and the official White House account for “glorifying violence”, after both accounts suggested the army could be deployed to Minneapolis to break up the protests.

The tweets included the phrase “when the looting starts, the shooting starts”, which Twitter said violated “rules about glorifying violence”.

Pop star Taylor Swift tweeted: “After stoking the fires of white supremacy and racism your entire presidency, you have the nerve to feign moral superiority before threatening violence? ‘When the looting starts the shooting starts’???

“We will vote you out in November.”

Mr Trump’s presidential predecessor Barack Obama has also issued a statement calling for a “new normal” in US policing following the death of Mr Floyd.

Mr Obama called for the end of “bigotry” and “unequal treatment” of black people.

‘The People have had Enough!”

Chauvin and the three other officers at the scene of the incident on Monday have since been sacked from the local police department, while calls to have them prosecuted have continued to increase.

Minneapolis mayor Jacob Frey said earlier this week that if anyone else had carried out the same act as Chavin, “they’d already be behind bars.”

He added: “That’s why today I’m calling on Hennepin County Attorney Mike Freeman to charge the arresting officer in this case.”