Home Sport ‘Adams would fit in at Baltimore’ 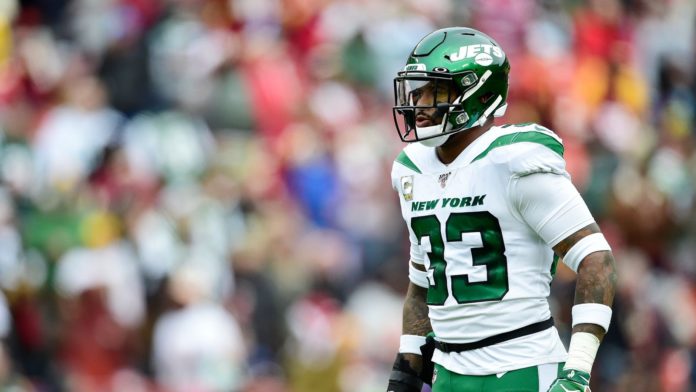 Download the latest episode of Inside the Huddle through Spotify, Spreaker, Apple or wherever you get your podcasts

Jamal Adams’ future in New York has been the subject of plenty of speculation, the Inside the Huddle team debate what’s next for the Pro Bowl Jets safety.

Free Agency has been and gone, so has the Draft and as things stand, Adams remains on the Jets roster. But talk over his future refuses to go away, with Baltimore the latest team to be linked with a move for the 24-year-old after initial speculation linked him heavily with the Dallas Cowboys.

The future of the Texas native has been the subject of speculation for the last 12 months, with Adams reportedly open to the prospect of a trade, and according to one report more than half the teams in the league being equally keen on a move.

For now, there appears to be no trade in sight for Adams, who has been vocal on social media about his future, and with Jets’ coach Adam Gase facing a make-or-break year, it remains to be seen what the future holds.

“So, I really, really question this one.

“There are some teams out there looking for a safety, this is a guy who could come in and make a huge impact and bring some toughness and some attitude to a defence.”

The two parties remain at an impasse on a contract extension. Adams has two years to run on his current deal after the Jets took up their option on a fifth year for the sixth overall pick in the 2017 Draft.

Adams is skipping the Jets’ virtual off-season and posted an update of him working out privately on Instagram, with the caption: “Winning has a price”.

Adams recorded 75 tackles and returned his lone interception for a touchdown in 14 games last season. He has 266 tackles, 12 sacks and two picks in 46 career games with the Jets.

“Dallas have said that they’re reportedly not interested in a trade. If you go back to last October, Adams was on trade block and it was thought that he was very close to joining the Dallas Cowboys. Baltimore might have an interest,” Neil Reynolds added.

“This is an all-pro, I know he’s had a bit of a vocal history and is a bit of a pain in management’s backsides, but I don’t get this one if they ship him somewhere else.

“Have we not seen this movie before? When Adam Gase was in Miami, all of a sudden there was an exodus of good football players, when they seem to be just on the cusp of making it over the hump.”

Reinebold believes if Adams is to move on, then a move to Baltimore may make more sense.

Dallas are unlikely to entertain a trade for a player who will command a huge contract, their priority remains quarterback Dak Prescott, while the Ravens have pedigree and success in bringing big names to Baltimore.

“If you think about Baltimore, the DNA of the Baltimore defence has always had great safety play,” Reinebold added.

“Ed Reed redefined the position when he was in Baltimore. Adams is not Reed but he’s a really good football player.

“It would be a great trade and I think that Adams’ personality would fit in Baltimore. You look at Wink Martindale, whose one of the most innovative defensive coordinators out there, that’s just another guy he can send at the quarterback.

“If you’re in that division, I don’t want to see that trade happen but if you’re a Baltimore fan and Adams goes there, I’d say watch out!”