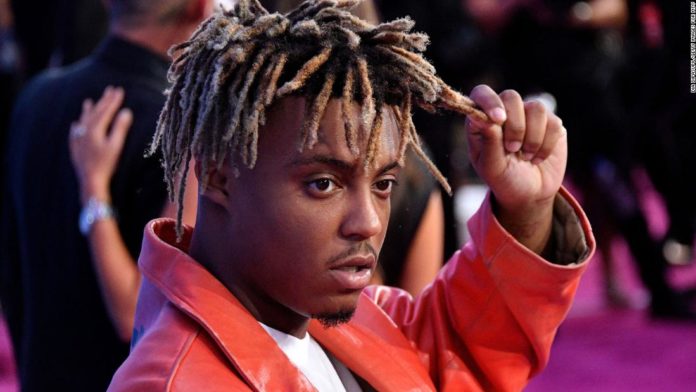 The 21-year-old rapper died in December due to what authorities determined to be a result of oxycodone and codeine toxicity.
On Thursday, his collaboration with Trippie Redd, “Tell Me U Luv Me,” was released.
This new single comes weeks after his first posthumous solo single “Righteous” was released.
In a statement his family released on his verified Instagram account when that song dropped, the artist’s loved ones reflected on the process of sharing his music after his death.
“Juice was a prolific artist who dedicated his life to making music,” the statement read. “Choosing how to share his upcoming music with the world was no easy feat. Honoring the love Juice felt for his fans while shining a light on his talents and his spirit are the most important parts of this process for us.”
He was also featured on the G Herbo track, “PTSD.”

Felicity Jones says Ruth Bader Ginsburg ‘taught us all so much’

James Bond’s Aston Martin is back on the market for $3.5 million