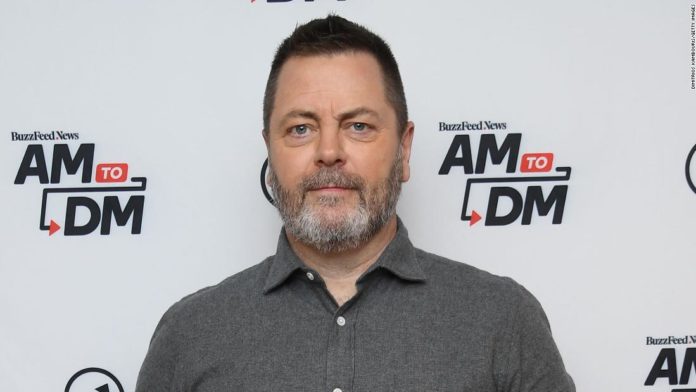 The actor and comedian announced on his website that he will donate all of the proceeds from sales of three of his comedy specials to America’s Food Fund.
The specials include a new one titled “Full Bush,” which was filmed at the Chicago Theater. It is described on his website as a “brand spankin-new, never-before-seen broadcast special” dedicated to “the manners by which we modern Americans might pursue a lifestyle that can only be described as ‘Full Bush.'”
Fans can also purchase “Summer of ’69: No Apostrophe,” a 2019 collaboration with his wife, Megan Mullally, and 2014’s “American Ham,” filmed at New York’s Town Hall.
All three are available for $5 to rent or $11 or $11.99 to buy.
“If you rent or download any of my videos I will donate 100% of the profits to America’s Food Fund. They’re providing safe food to America’s most vulnerable populations during the COVID-19 outbreak,” Offerman wrote on his website.
If you decide not to watch a video today, please consider donating to America’s Food Fund anyhow. We’re in this together, and every dollar counts.
America’s Food Fund launched in partnership with Leonardo DiCaprio, Emerson Collective, Apple and the Ford Foundation to help improve access to food.