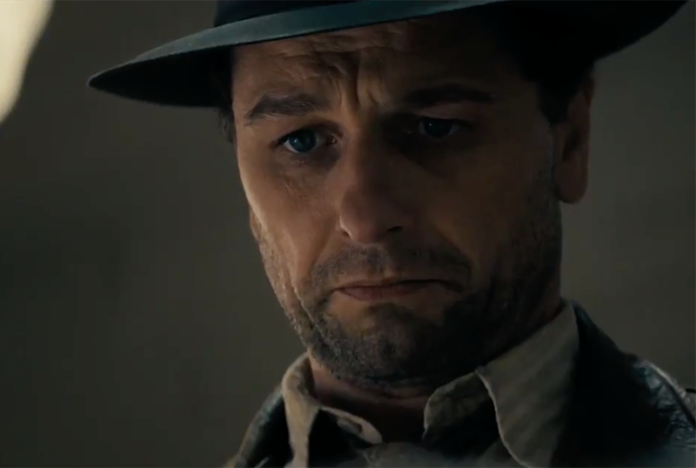 Robert Downey Jr. (Avengers: Endgame) took to Twitter to share a new teaser at the upcoming series reboot of Perry Mason starring Matthew Rhys (The Americans), giving viewers a deeper look at the twisted case the iconic private-detective-turned-lawyer is tasked with solving. The teaser, which confirms a June 21 premiere date, can be viewed below!


Based on Erle Stanley Gardner’s series of novels, the new Perry Mason will be set in 1932 Los Angeles. While the rest of the country recovers from the Great Depression, this city is booming! Oil! Olympic Games! Talking Pictures! Evangelical Fervor! And a child kidnapping gone very, very wrong! This limited series follows the origins of American Fiction’s most legendary criminal defense lawyer, Perry Mason (Rhys). When the case of the decade breaks down his door, Mason’s relentless pursuit of the truth reveals a fractured city and just maybe, a pathway to redemption for himself.

The limited series will be directed and executive produced by Tim Van Patten, who is one of HBO‘s longtime collaborators. He has worked on many popular HBO series such as Game of Thrones, The Sopranos, Sex and the City, and Deadwood.

The adaptation is co-written by Rolin Jones and Ron Fritzgerald, who are also set to the series’ showrunners. Robert Downey Jr. (Avengers: Endgame) and Susan Downey has developed the project and will both executive produced through their Team Downey Banner. Jones, Fritzgerald, and Rhy are also executive producers along with Team Downey’s Amanda Burrell, and Joe Horaceck.

The adventures of Perry Mason have been adapted a number of times in various mediums, with the character having been the subject of radio plays, films, television movies and perhaps most notably a television series for CBS called Perry Mason that ran from 1957 to 1966.