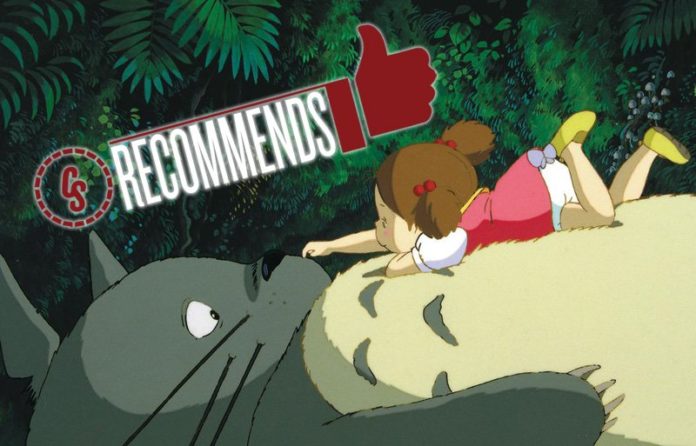 Stuck inside? Don’t know what to watch/read/play/listen to? ComingSoon.net has got you covered. In this week’s CS Recommends our staff gives you solid tips on the best media to consume during your downtime, including My Neighbor Totoro & more. Check out our picks below!

RELATED: Watched at Home: Top 20 Streaming Films for Week of May 22 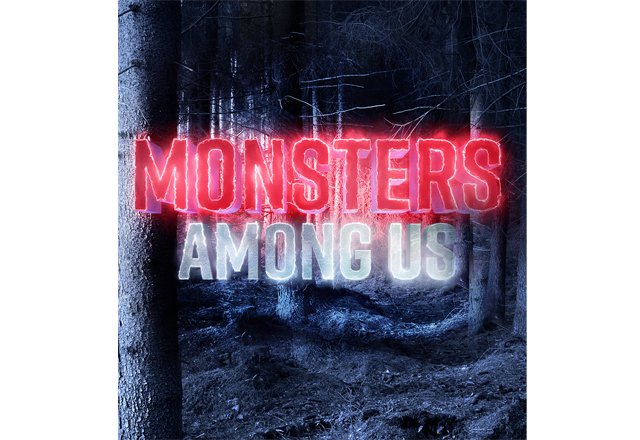 If you’re a fan of the supernatural, the paranormal or the just-plain-creepy then you will want to tune in to the Monsters Among Us podcast! Hosted by Derek Hayes (Paranormal Caught on Camera), this call-in show has a focus on cryptozoological phenomenon (Bigfoot, Big Cats, Glimmerman, Shadow People, etc), but encompasses everything from ghosts to UFOs. I’m personally not a believer in any of this stuff, but I love hearing people’s personal encounter stories. Hayes is a great host with a deep, gravelly voice and the eerie music he puts behind each call creates a fun atmosphere. A great companion podcast to the long-running Anything Ghost! 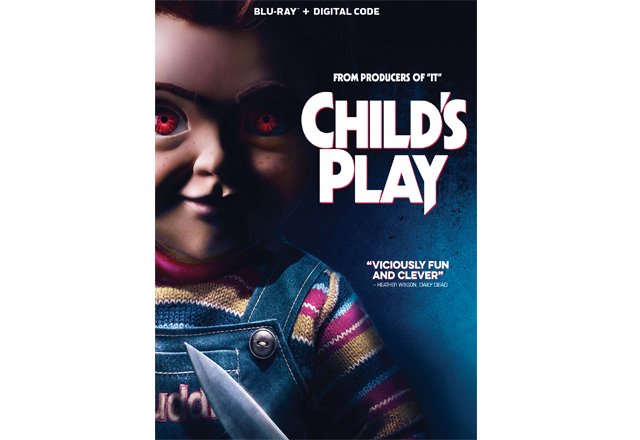 My relationship with Chucky began when I was way too young, sneakily watching the original 1988 Child’s Play movie with my brother and cousins in their living room one night, resulting in nightmares for about six months straight. It didn’t take long until I fully embraced the horror genre, though, and Brad Dourif’s Chucky became one of my favorite movie villains. The first two Child’s Play films are, in my opinion, the best ones of the movie series, which is partly why I love this remake so much. Lars Klevberg and Tyler Burton Smith’s reimagining of the classic scary story brings back the horror element that dwindled after Child’s Play 3. That’s not to say the follow-up installments aren’t enjoyable; most of them are funny and wild as hell, and it’s hard not to love Chucky’s ridiculous antics or homicidal ways. But the sequels — particularly Bride of Chucky and Seed of Chucky — leaned maybe too heavily into the comedy and the absurd compared to their predecessors. While I love the overall franchise as a whole, I prefer when the horror outweighs the humor.

The 2019 take on the Chucky tale brings a fresh, modern perspective on a technologically advanced killer doll (voiced by Mark Hamill) who causes bloody mayhem for the unlucky teenager Andy (Gabriel Bateman) and his mom (Aubrey Plaza), as well as anyone who stands in Chucky’s way. The new version obviously doesn’t touch Don Mancini’s original vision for the most famous doll in horror, but it doesn’t have to. Fun, scary, clever, creepy, and effortlessly performed by the film’s young actors, the Child’s Play remake might not be a part of the original franchise but it absolutely stands out as one of Chucky’s best knife-wielding adventures. 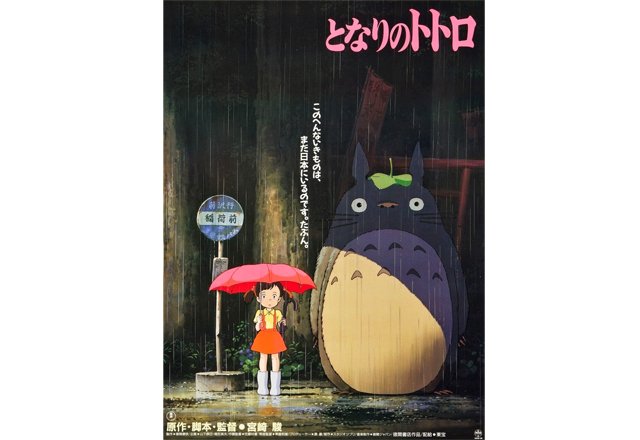 The world might be full of darkness right now, but a pure spot of brightness to be found for audiences can be found with Hayao Miyazaki’s 1988 animated classic My Neighbor Totoro. Following two young sisters as they move with their college professor to rural postwar Japan and interact with the friendly woodland spirits, the story touches on everything from imagination to sisterhood to some unique cultural motifs. With gorgeous animation, a heartwarming tale, lovely humor for older and younger viewers and a bright sense of wonder, this is a film that is perfect to watch and lighten up any day. 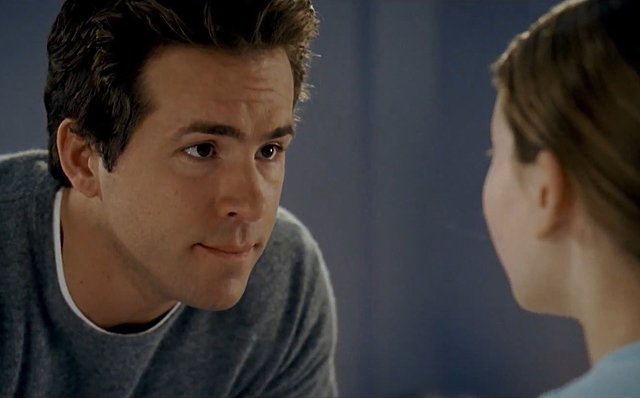 Starring Ryan Reynolds and Abigail Breslin, Definitely, Maybe is a romantic comedy film which follows the story of Will Hayes, a 30-something father in the midst of a divorce, who is forced to reminisce his previous love life when his 10-year-old daughter named Maya has insisted to tell her the story of how he and Maya’s mother have met. At first, Will was hesitant but soon he decided to tell her his love story by only changing the names of the three women involved while Maya tries to guess which of the women from his past would eventually become her mother. Will’s story will span from the time he became a campaign staffer for Bill Clinton’s presidential election in 1992 up to Clinton’s impeachment in 1998.

This 2008 film is one of Reynolds’ earliest romantic comedy films that he made before he became a blockbuster superstar that we all know today. In addition to Reynold’s leading performance, the film also featured a star-studded cast including Isla Fisher, Elizabeth Banks and Oscar winner Rachel Weisz. Although it received mixed reviews from critics and didn’t performed well at the box office, it is still actually one of my favorite works of Reynolds because it absolutely showed how humor and charm is clearly attached to the Deadpool actor’s name. What I also like the most about the movie is its non-linear storyline that makes clever use of flashback scenes or memory to deliver most parts of the narrative which is a type of storytelling that I’ve always been a fan of.

For readers who haven’t seen this film yet, Definitely, Maybe might remind you of the popular sitcom How I Met Your Mother because of their almost similar premises. However, once you’ve gotten to watched the film, you’ll get to see the differences between them in terms of characters, themes and storyline.

So, if you’re a fan of Ryan Reynolds or just simple and fun romantic comedies, I highly recommend you to check out Definitely, Maybe! 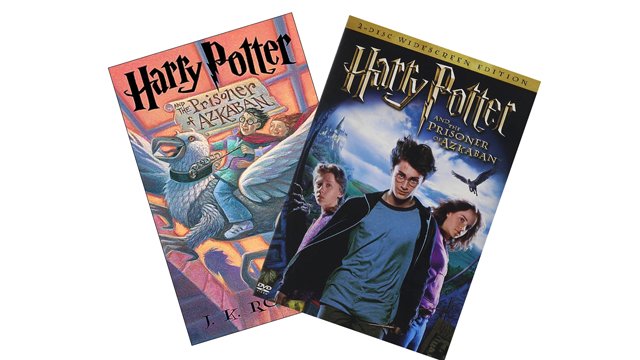 For me, Harry Potter and the Prisoner of Azkaban is the book that really drew me to JK Rowling’s wizarding world, what with its darker themes and intricate plotting. Plus, that time travel bit … amazing stuff! From that point on I was hooked. (And yes, I waited in line at midnight years later to snatch my copy of Harry Potter and the Deathly Hollows … and no, I have not dressed up as any of the characters.)

Similarly, the first two film adaptations, as directed by Chris Columbus, were stiff and more calculated than magical, save for John Williams’ iconic scores. Thank God for Alfonso Cuarón, who swooped in and gave the series a much-needed shot in the arm. Not only did the Academy Award-winning director redesign Hogwarts, but he also stepped back and dared his three main actors, Daniel Radcliffe, Rupert Grint, and Emma Watson, to do more with their respective characters. The results are astounding and make for one helluva journey.