Home Culture Andy Cohen says he gave his rescue dog away out of concern... 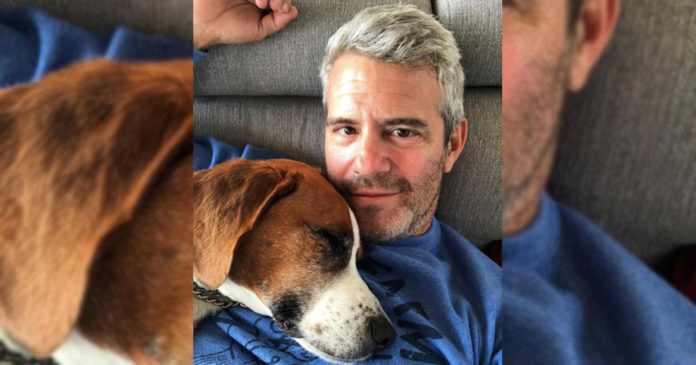 After nearly seven years together, Andy Cohen revealed Friday that he has given up his adopted dog, Wacha. Cohen said that the decision came out of concern for his young son.

Cohen said on Instagram that he decided to give Wacha to a new home after an “incident” a few months ago that appears to have involved his son. The “Watch What Happens Live” host welcomed his first child, Benjamin Allen Cohen, via surrogate in February 2019.

In the emotional post, Cohen referred to Wacha as his “first baby” and his “pride and joy.” He credited the dog with changing his life when he adopted him in 2013 from See Spot Rescued, which saved him from a West Virginia kill shelter. But Cohen admitted that he has struggled with Wacha’s aggression over the years.

“Over the nearly seven years that I’ve been blessed to have Wacha in my life, we have worked to address some occasional random signs of aggression,” Cohen wrote, along with a video of him kissing and hugging the pup. “No effort was spared in the attempt to help Wacha feel adjusted.”

But according to the post, keeping Wacha would have been unsafe for both the dog and Cohen’s son.

“After an incident a few months ago, numerous professionals led me to the conclusion that my home is simply not a good place for him,” he said. “Keeping him here could be catastrophic for Ben and worse for Wacha.”

Cohen said he has already found a permanent new home for Wacha with his “second family” that watched him when Cohen was out of town. According to Wacha’s Instagram, he’s been spending lockdown in Connecticut.

“He is thriving. We still see each other, but a piece of my heart is gone. I miss his weight on top of me first thing in the morning. I miss him waiting for me in front of the shower. And I miss the sound of his paws on the floor when I come home,” Cohen said.

“I am not the same person I was when I got him,” he continued. “My dog changed me. He opened me up to love.. to caring… and ultimately to having a family. When I think of him — let’s be honest, when don’t I think of him — it’s with the clarity that we were meant to come into each other’s lives exactly when we did, and that he’s happy, which gives me peace of mind.”

“We did rescue each other,” he concluded.