Home World POLL: What is the Best Director’s Cut? 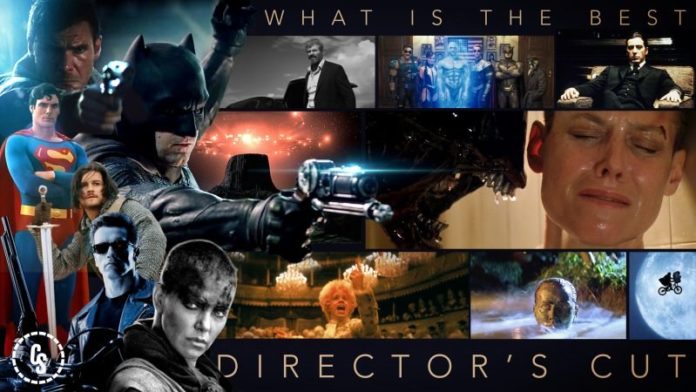 POLL: What is the Best Director’s Cut?

This month saw some exciting news for fans as the long-rumored Zack Snyder cut of Justice League was announced to be in development and set for a 2021 release on HBO Max! Though Snyder getting a second shot to cut the superhero blockbuster is a rare circumstance in Hollywood, he is certainly not the first filmmaker to have a separate cut of his film that differs drastically from the theatrical release. ComingSoon.net has compiled a list of some of the most iconic and creatively unique director’s cuts in film history and is asking our readers to vote on their favorite in the poll below!

RELATED: POLL RESULTS: What if the Oscars Were Held Tomorrow?

RELATED: POLL RESULTS: Which Upcoming Film Would You Pay For on VOD?

Films suffering from different cuts between a director and a studio is nothing new, with most re-releases or Blu-ray editions simply featuring an additional handful of jokes or action sequences, but there are a number of times when reshoots and edits cause a film to change drastically and with later cuts receiving warmer responses from critics and audiences alike. Some of the most notable include the director’s cut of 2003’s Daredevil, as well as Ridley Scott’s numerous cuts of Blade Runner, the Assembly Cut of Alien 3 more in line with director David Fincher’s vision, Superman II: The Richard Donner Cut and Kingdom of Heaven: Extended Director’s Cut.

Other specially released versions of the film may not necessarily change the story of a film in any major fashion, but add a unique style that feels more befitting of the project its attached to, with two of the most notable including black-and-white versions of Mad Max: Fury Road and Logan, both of which were received positively by viewers and the filmmakers.

Sanitizing Surfaces Puts Our Minds at Ease. But What Good Do ‘Deep Cleans’ Really Do?