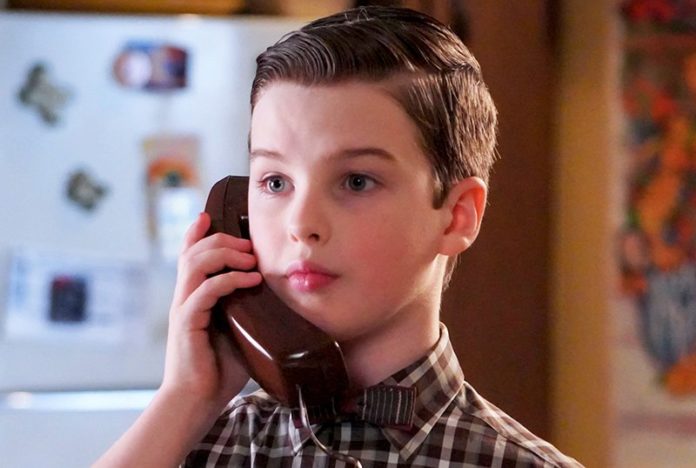 HBO Max has acquired the exclusive U.S. subscription-video-on-demand rights to the hit comedy series Young Sheldon in a deal with Warner Bros. Domestic Television Distribution. HBO Max is also the streaming home of the entire library of The Big Bang Theory, the longest-running multicamera comedy in television history.

“We now feel like our Big Bang offering is complete,” said Kevin Reilly, chief content officer, HBO Max, president TNT, TBS, and TruTV. “We are so proud to be the home of this beloved franchise and the place where new and existing fans can learn about young Sheldon Cooper’s roots.”

“In order for Sheldon Cooper to visit his younger self, he would need to manipulate spacetime. All you actually need is HBO Max,” said Young Sheldon creators/executive producers Chuck Lorre and Steven Molaro. “We are so pleased that Young Sheldon will once again be reunited with his future self on HBO Max, and we are excited for fans, new and old, to be able to binge both The Big Bang Theory and Young Sheldon for the first time.”

Young Sheldon is currently the number-one comedy on network television with total viewers, Teens, and all key 25-54 demos. The series has averaged more than 11.4 million viewers per week during the 2019–20 season to date, according to Most Current ratings information from Nielsen, +34% more viewers than the next-largest comedy with total viewers.

For 12 years on The Big Bang Theory, audiences came to know the iconic, eccentric, and extraordinary Sheldon Cooper. The single-camera, half-hour comedy Young Sheldon gives viewers the chance to meet him in childhood, as he embarks on his innocent, awkward and hopeful journey toward the man he will become.

For young Sheldon Cooper, it isn’t easy growing up in East Texas. Being a once-in-a-generation mind capable of advanced mathematics and science isn’t always helpful in a land where church and football are king. And while the vulnerable, gifted and somewhat naïve Sheldon deals with the world, his very normal family must find a way to deal with him. His father, George, is struggling to find his way as a high school football coach and as father to a boy he doesn’t understand. Sheldon’s mother, Mary, fiercely protects and nurtures her son in a town where he just doesn’t fit in. Sheldon’s older brother, Georgie, does the best he can in high school, but it’s tough to be cool when you’re in the same classes with your odd 9-year-old brother. Finally, there’s Sheldon’s twin sister, Missy, who sometimes resents all the attention Sheldon gets, but also remains the one person who can reliably tell Sheldon the truth.