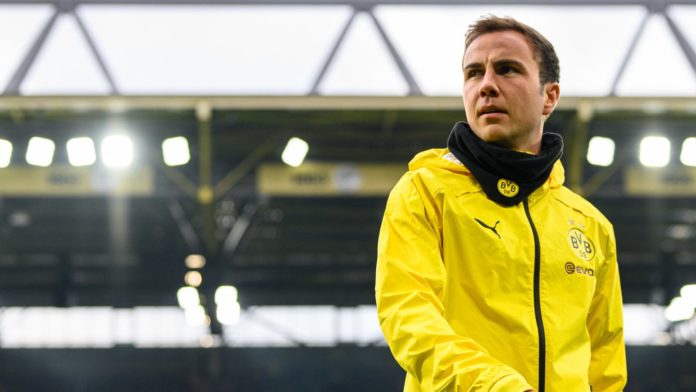 What now for Mario Gotze? The one-time German wunderkind, the World Cup final match-winner, is being released by Borussia Dortmund at the end of the season. But the next steps are unclear.

“It is very unfortunate,” says former Germany captain Bastian Schweinsteiger. “We all know that Mario Gotze was a great talent when he was younger. Now at the age of 27, these are the best years in football.

“It doesn’t have to be the best club in Europe, but I hope that he will find a club where he will play.”

That is some re-evaluation of ambition for a player who was dubbed the German Messi as he came through the youth ranks under the tutelage of former Dortmund boss Jurgen Klopp.

But since the highs of that extra-time 2014 strike against Argentina in the Maracana, when Gotze became the youngest player to score in a World Cup final in almost 50 years, there have been seasons of frustration.

The big move to Bayern Munich didn’t work out, with Gotze later reflecting that while Pep Guardiola honed him tactically, he didn’t have the “empathy” to coax the forward to the next level.

A return to Dortmund hasn’t sparked a shift to the previously-hoped-for heights, either, with Gotze struggling for game time ahead of compatriot Julian Brandt this term.

On the international stage, Gotze has played just once for Germany in the past three years.

So what are the reasons behind his unfulfilled potential?

There have been tactical issues, with Gotze at times struggling to fit Guardiola’s system at Bayern, while his evolution from dribbling, darting wide player into a more central forward or false nine has left him something of a misfit in Dortmund’s high-speed attack.

Injuries have been a major factor, too, with hip and thigh problems sidelining him at key moments. But a muscular disorder, revealed in March 2017, pointed to a far greater underlying issue which has inhibited Gotze.

“It’s hard to tell how it has affected his career but the fact is, he never came back as strong as he was before,” Sky Germany‘s Jesco von Eichmann says.

“But the style of football at Dortmund has changed too. Lucien Favre wants players with power, aggressive players, fast players – that’s not Gotze’s style.

“The other problem is he has no proper position. The false nine role was an idea tried by Joachim Low, the Germany manager, but Gotze never felt good in this position. He played also as an eight or a 10 but the coaches don’t seem to trust him anymore.”

So what can Gotze offer clubs prepared to give him another shot?

Gotze may not have the pace and intensity on the ball to suit Dortmund’s style, but he does bring commitment without possession. In a similar style to Liverpool’s Roberto Firmino, Gotze fits the bill for a team looking to press their opponents high up the pitch.

Detailed data collected by Statsbomb, shows Gotze ranks among the top one per cent of players for the amount of times he pressures opponents and among the top two per cent for instigating defensive actions to win back possession.

But Gotze’s next team will also need to play to his strengths in possession – and that means finding him in positions where he can turn and create.

Like Firmino, Gotze also registers a high number of touches in the box, averaging 12.13 per 90 minutes, and his Expected Assists figure of 0.25 per 90 minutes is among the best in the Bundesliga.

Gotze – despite his struggles – remains a player with the nous to find dangerous positions, the ability to tee up team-mates and the attitude required to win the ball back in the opponent’s final third.

“The defensive work became part of his game,” says Von Eichmann. “But he is a player that needs the ball at his feet – not chasing it in the defence.

“The coach and the philosophy are the most important things at his next club. They have to trust Gotze and find a proper system, in which he can perform with his abilities.”

So what club could that be? There has been speculation about a move to the Premier League, with Dortmund sporting director Michael Zorc saying “he is looking for a new job, maybe abroad.”

But Von Eichmann expects Gotze’s next club not to be on the same level as Bayern or Dortmund – and believes the Premier League may prove too intense.

“He is not a player for the ‘A-league’ clubs like Barcelona, Manchester City and co,” says Von Eichmann. “And he might be too weak for the very physical Premier League.”

As Schweinsteiger says, the priority for Gotze now is game time.