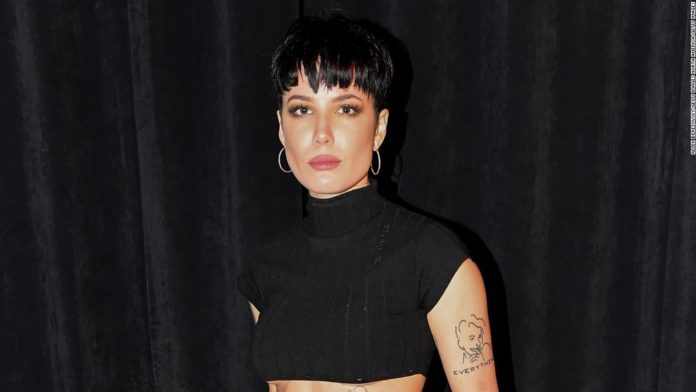 The singer talked about her experience on social media saying, “A true patriot is someone who will rebel against the government if it becomes necessary, to protect the greater good of their fellow citizens. We are patriots,” she tweeted. “If you are not, you are a coward. THIS is what democracy looks like.”
It was one of several posts by the singer. She recounted having to help people who had been injured during the protests. “I don’t know how to articulate the horrors of today. NG + officers firing rounds into kneeling crowds. We don’t have enough medics on the ground on our side. I was treating injuries I am not qualified to. So much blood spilled. If you have med training pls go + standby outskirts,” Halsey wrote on Twitter.
The artist also said she had rubber bullets fired at her.
Halsey is one of several celebrities who took part in demonstrations over the weekend. Other arists who posted about participating in events across the country include Ariana Grande, Nick Cannon, Timothée Chalamet, Machine Gun Kelly, Ellen Page, John Cusack and many others.