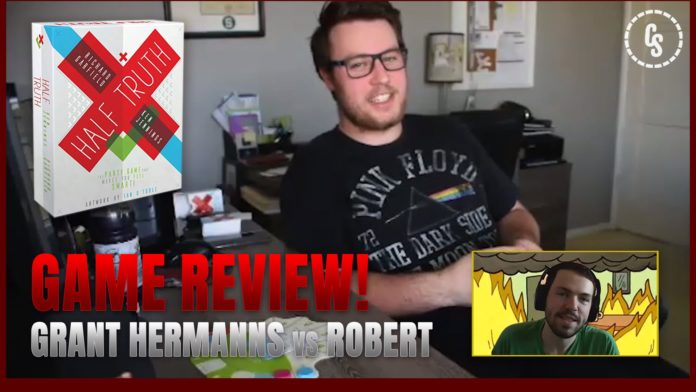 To celebrate the release of trivia game Half Truth from Magic: The Gathering creator Richard Garfield and 74-time consecutive Jeopardy winner Ken Jennings, ComingSoon.net’s Grant Hermanns teamed up with his friend Robert to explain the rules and play a round of the game to show off to our viewers. The video can be viewed in the player below!

Half Truth is a party game for all ages and people, created by legendary game designer Garfield and Jennings, with art by well-known artist Ian O’Toole. The game comes with 500 trivia question cards and each card has a category on it, like “Animals with blue tongues.” There are six possible answers, three right and three wrong, and players have to place bets on answers they believe are correct. Players are usually surprised by how well they do. We’re all smarter than we think.

Pick up your copy of the game here!

Half Truth is currently available at most major retailers and online now!